We've already had the team news, and I, as the rubbish Tottenham fan that I have become, am rushing back from Gatwick to get home in time for the clash against Everton at Goodison Park.

I get into London Victoria just as the first half kicks off, and submit myself to the torture that is traversing the London Underground.

Thankfully, one can access a fair amount of WiFi at most stops along the Central line. So, as any good fan does, I turn on goal notifications for the game on my phone, and sit on the Spurs Twitter account, refreshing every minute looking for any kind of update.

It takes 29 minutes for Tottenham's social media team to provide their first description of the game,

Evidently, there isn't much to report on.

But, when I flick on to my Twitter home feed, there are a fair few upset Spurs fans laying into one player, and one player in particular.

Christian Eriksen really pulling out all the stops at Spurs at the minute. 😴 pic.twitter.com/GteYxNGDc7

The modern fan loves a good stat, and there are a fair few being thrown around about Eriksen's performance. He's hardly set the world alight this season, and it doesn't appear like he's bothered about securing the move to one of Europe's giants that he so clearly desires.

When I eventually wander into my flat in east London just in time for the second half, I'm rather shocked to see the Dane still on the pitch. And his performance, which was being so vividly described by Spurs fans, was indeed appalling.

Now, we clearly can't blame Christian Eriksen for all that's gone wrong so far this season in north London. Players go through dry spells, and there are other clear systemic issues at Tottenham.

But his display against Everton was consistent with what Tottenham fans have become accustomed to seeing over the past year. Too often slow with the ball at his feet around the penalty area, seemingly unable to press and tackle at a high intensity, and lacking any kind of set-piece pedigree that made him such a highly thought of youth prospect. Eriksen will leave next summer. Unless there is some kind of extraordinary U-turn in contract talks, this is the last season the former Ajax star will spend at Tottenham.

Which begs the question: why the persistence from manager Mauricio Pochettino? Why bother with Eriksen's regular involvement in the starting XI? Why persist with a player who is either embarrassingly out of form or who has downed tools for the year?

Especially when the ready-made replacement is staring you dead in the face, kitted out in a full tracksuit and bib, sitting on the bench.

Giovani Lo Celso has been given little chance so far by Pochettino. The Spurs manager is renowned for giving his new signings as long as possible before blooding them into the first team, with Tanguy Ndombele an anomaly during Pochettino's time at the club.

When Lucas Moura signed in January 2018, he had to make do with substitute appearances and domestic cup matches before getting a proper crack at the whip the following season. There seems to be a checklist that needs all of its criteria ticked off before Pochettino finally gives the green light.

Lo Celso can help Spurs rediscover their old pressing threat. What the Argentina international has displayed during his brief substitute appearances is his thirst to hunt down opposition ball-carriers and win possession back for his side.

Now, with fans calling for Eriksen's head and ​Son Heung-min a doubt for the game against Red Star Belgrade on Tuesday after his unintentional involvement in the horrific injury suffered by Gomes, the time is right for Lo Celso to be thrusted into the starting XI. 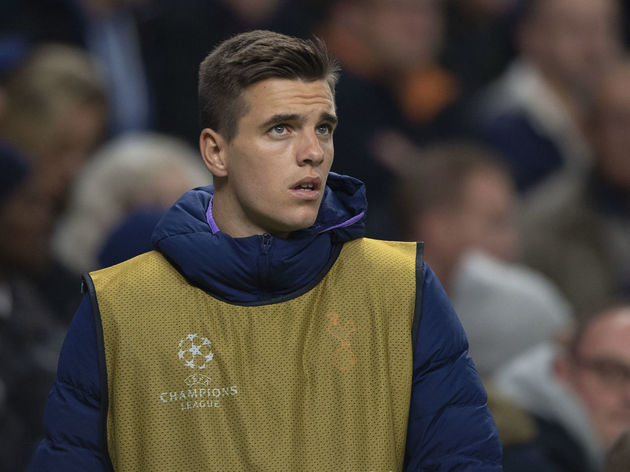 Harry Kane will ​hopefu​lly be fit after missing the ​Everton game through illness, and it makes sense, given all the variables at play, to start building the relationship between the side's main goalscorer and the player who will tasked with creating chances.

That means cutting the cord with ​Eriksen, Unai Emery style. Bring him on as a fresh pair of legs when Spurs are 4-0 up in the 75th minute - if any such scenario occurs ever again.

But if Spurs are to start this 'painful' rebuild that Pochettino mentioned during the summer, then his team selection must reflect that policy. Players who are committed to the project must be trusted to perform, rather than old favourites whose time has been and gone.