​Tottenham defender Jan Vertonghen insists his side need to look at themselves after they blew another lead in his side's 2-1 defeat at Leicester on Saturday.

Harry Kane's remarkable solo goal was cancelled out by second-half strikes from Ricardo Pereira and James Maddison, while Spurs were aggrieved to have had a Serge Aurier goal ruled offside by millimetres.

Mauricio Pochettino's side have now dropped points from winning positions three times this season, as they surrendered a 2-0 lead twice to draw with Arsenal and Olympiacos, and Vertonghen told the ​Evening Standard that maybe the players are to blame. 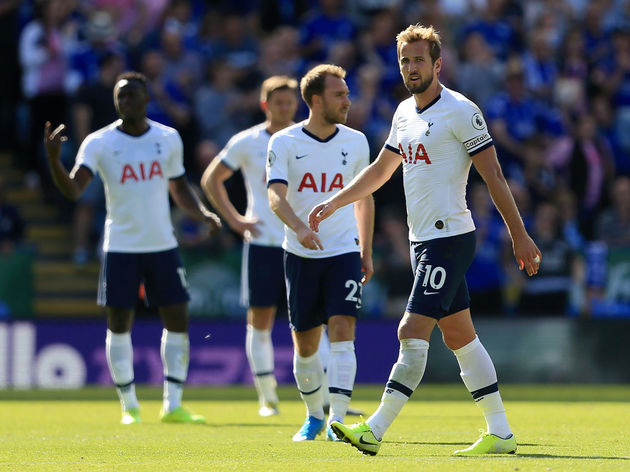 Tottenham were infamously the beneficiaries of tight decisions from the VAR in their last two outings at ​Manchester City, and Vertonghen said it wasn't nice being on the receiving end of such a blow. "The game goes on. It takes a long time to make these decisions. I think we also deserved a penalty in the first half on ​Danny Rose – it looked like one. It’s tough when it goes against you and good when it goes for you.