​Tottenham Hotspur defender Jan Vertonghen was substituted during the first half of the Champions League semi-final first leg against Ajax after sustaining a nasty head injury.

The 32-year-old was treated by medical staff on the pitch before attempting to carry on, however, he only lasted a few seconds and was eventually helped down the tunnel by club doctors. 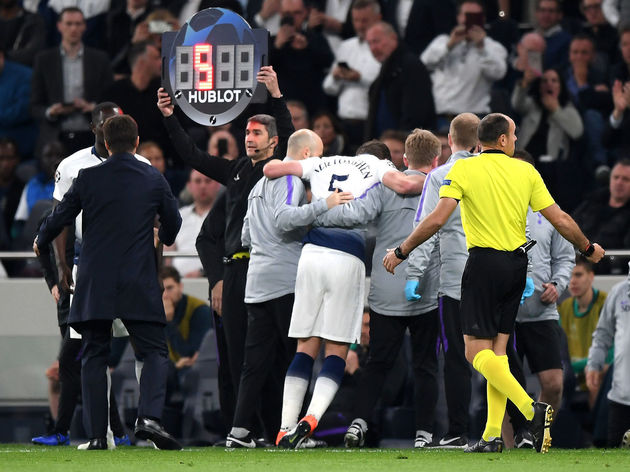 He was subsequently helped from the field after appearing to almost faint, with Vertonghen then undergoing further examinations from club doctors back in Tottenham's changing room.