Jan Vertonghen's agent Tom De Mul has insisted the player still has a future at Tottenham, saying the player's reaction to being substituted in the FA Cup win over Southampton had nothing to do with any impending departure.

With the score tied at 1-1, Vertonghen was withdrawn for Gedson Fernandes, and he looked devastated as he took to the bench.

#thfc Uncharacteristic reaction by Vertonghen to being replaced – walked around the pitch very slowly & looks absolutely gutted on the bench. Does he sense his time is nearly up?

Many speculated that the reaction was due to the fact that Vertonghen, who is out of contract at the end of the season, might have played his last game at the club. But De Mul, as quoted by ​HLN's Kristof Terreur, has moved to explain that this is not the case, and that Vertonghen only had the game on his mind.

The agent reckons the defender is committed to finishing the season on a high with Spurs before Euro 2020 with Belgium, and only after that will his long-term future come into consideration.

“He’s feeling better now. His reaction had nothing to do with his future," he said. "He was just disappointed when he got subbed off. Unhappy about his performance and the team’s performance in the first hour. 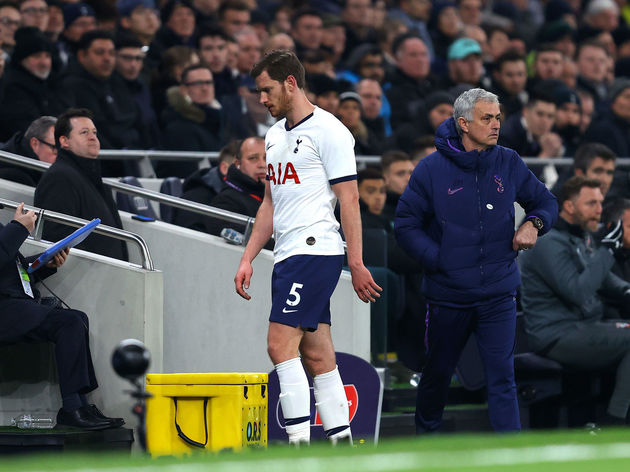 “Jan still wants to achieve great things with Spurs. He wants to qualify for the Europa or Champions League, to win the FA Cup. He is 32, but still very ambitious. He is focused. He still has so many targets. The Euros are a super important goal too.

“It’s what I admire in Jan. He wants to play at the top level as long as possible. He is very still hungry.