​Did Monday's water-cooler chat involve discussing the 'Mourinho masterclass' from the weekend? Rhetorical question, it obviously did. Maybe not there, maybe in the first meeting at 9am, the first bit of small talk at an interview, the conversation you overheard on the tube.

The point is Jose has finally made his first steps towards truly 'owning' this Tottenham team - they're the talk of the town once again for the right reasons.

Detractors of Mourinho/Manchester City fans will say that Spurs in their 2-0 win on Sunday lucked out. They did, but that was always going to be needed.

This is bloody brilliant. Mourinho was celebrating Lloris’ penalty save on Gundogan but then when he remembered Sterling had a yellow card and Mike Dean didn’t book him for the second time for the dive, he was absolutely furious.

Pep Guardiola and his supporters are incensed when a team doesn't try and go toe-to-toe with them, inevitably losing by four or five in the process. His sides will always make chances - it's about clinging on for dear life and taking whatever chances you make yourselves. Spurs scored theirs, ​City didn't. Spurs defended for their lives in Mourinho's typical siege fashion, City fought their way in behind but couldn't land killer blows.

It was more Mourinho-ball than a Mourinho masterclass, but ultimately ​Spurs have their foot on the ladder again. After a month of purgatory following the new manager bounce, there's a belief that the tactics are working, that the sacrifices are paying off. The jubilation on the players and fans' faces when Steven Bergwijn smashed in his volley were more than celebrating a goal, delighted for a youngster on his debut - it felt like the mental block had been lifted, the pressure valve released.

The players' post-match antics, which almost hit ​Arsenal levels of cringe but thankfully did not quite enter those hazmat suit levels, were equally as telling. Serge Aurier's Instagram was full of videos of celebrations in the dressing room, in the pool for warm-downs, and the squad looked united for the first time since Mauricio Pochettino's departure. There are signs of life in this team after all. With their first statement win in the bag, Spurs and Mourinho turn their attentions back to the FA Cup.

The remit of Mourinho's appointment was to take the club from nearly-men to winners, and Mourinho has a decorated history of instilling that mentality at the first possible opportunity - in both spells at ​Chelsea, his time at ​Real Madrid and much maligned stint at ​Manchester United, he won the first piece of major silverware available. Of sides in the big five leagues he's managed, ​Inter were the only team he failed to win first time around with, but he'd go on to win successive ​Serie A titles and an unprecedented treble regardless.

For all of their talents, plenty of Spurs' key players are yet to win a cup in their careers; ​Harry Kane, ​Dele Alli, ​Son Heung-min (at senior level), Tanguy Ndombele, ​Eric Dier, Moussa Sissoko, Harry Winks, ​Erik Lamela. You get the idea. 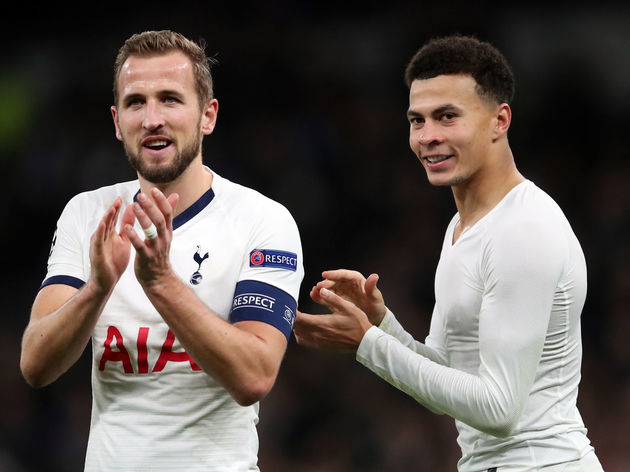 Just as Tottenham overcame that mental hurdle with the win against City - a victory that will no doubt give them belief that they can beat anyone again - they need to do so by filling in the only blank from Pochettino's era by claiming silverware, and that quest returns with the visit of Southampton on Wednesday. 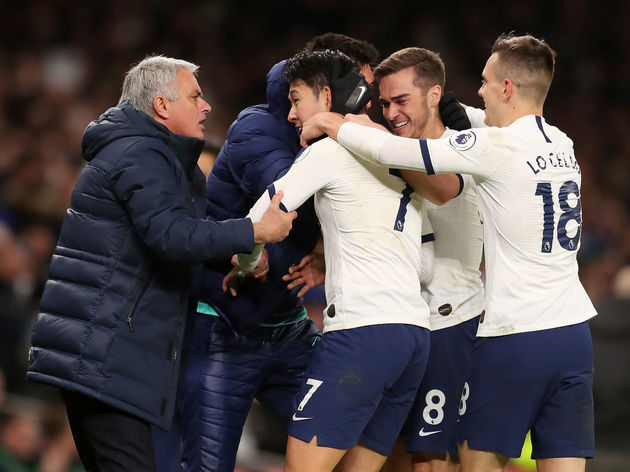 How much do you want to win? Are you willing to take the cup as seriously as the league? Are these players willing give their all to play between 20 and 30 games more between now and Euro 2020? ​Liverpool have the luxury of falling back on their success over the last year to essentially throw both domestic cups, but Tottenham still have to earn their spurs.

Mourinho's magic can still work in the odd-game, and now it's about translating it back into his main objective - one way or another, make Tottenham winners.