​Tottenham boss Jose Mourinho has insisted that he's 'proud' of his players following his side's 2-1 defeat to Chelsea on Saturday, while he has also defended his decision to drop Dele Alli from the starting lineup for the clash.

Olivier Giroud opened the scoring for the Blues before Marcos Alonso doubled their lead with an excellent strike. And although Antonio Rudiger turned the ball into his own net in the closing stages of the game, Mourinho's men were unable to find an equaliser.

FULL-TIME: We can't find a second goal in stoppage time and Chelsea take the points.

​Spurs missed the opportunity to move above their London rivals, and instead, they now sit four points behind them. Despite this, Mourinho has praised his team's effort, but has once again alluded to his team's 'unique' injury crisis.

Speaking after the game, he said, as quoted by ​Football London: "

"So I think that the only thing I can say is with what we have at the moment, the power we have or don't have, the almost unique situation we're living in at the moment, it's very difficult to do better, especially when the opponent scores before us. 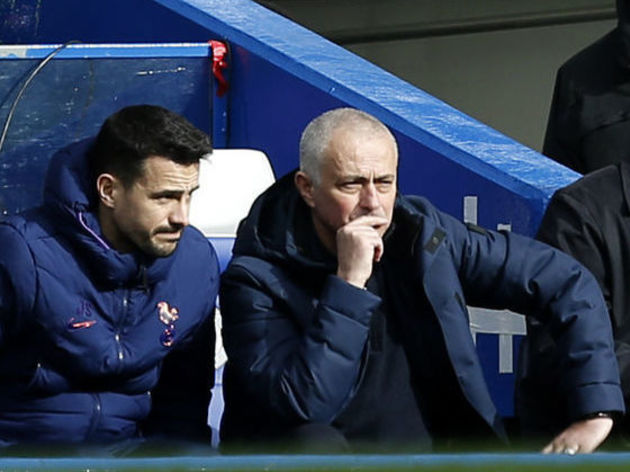 "So opponents they know if they score a goal before us we're in trouble.

Elsewhere, the 57-year-old went on to defend his decision to drop ​Dele Alli, explaining that he wanted to go with pace up front in the opening stages. However, he once again pointed towards the lack of rest his players are getting. "But we have strange game-plans but we need to have them because there's not another way. For example, while Lamela played so well but only for 20 minutes, you must think I'm an idiot.

But even in the warm-up, he was in communication with me about his feelings, 'Can I go or not?'.

"That guy who played so well for 20 minutes, in the warm-up, he was in communication with me because he was not sure he could go. That's Lamela. Amazing guy, fantastic player and trying to help the team."