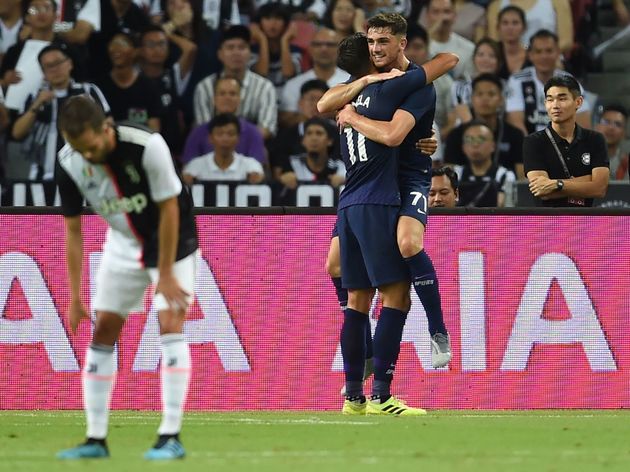 An incredible goal from @HKane in stoppage time as he beats Szczęsny from just past the halfway line!!!

Bringing in Maurizio Sarri in place of ​Old Lady​Serie A STAR MAN - It was anything but a vintage performance from Sarri's men, particularly in the first half, but Ronaldo still posed his usual threat with some bursting runs and fine trickery in the final third, despite struggling against Kyle Walker-Peters on occasion. 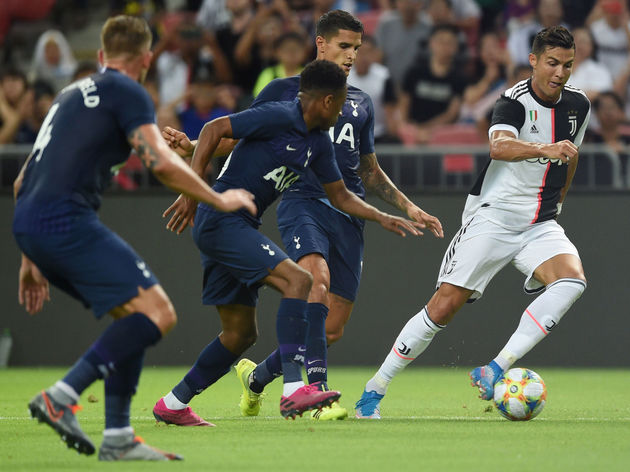 He came closest to scoring in the first half, but got the goal his performance deserved as his side turned the game on its head with two quick fire strikes before being subbed. The Portuguese looks set for another record-breaking campaign next term.

Mauricio Pochettino would have been very keen to see whether his side could recover from their Champions League final heartbreak in their first pre-season fixture. Fielding a number of youngsters, they looked assured and confident - pressing the Italian champions high up the pitch and winning the ball back with aggression. What was abundantly clear was that this is a side that knows exactly what their manager demands, and will do their upmost to relay those messages on the pitch.

The series of Spurs youngsters on show stood up to the task valiantly, undeterred by the opposition, and gave Pochettino plenty to mull over ahead of the coming campaign. The goals began flying in during the second half as tired legs made for a more open affair, but Pochettino will have been pleased with his side's overall showing given the calibre of team his side faced.

STAR MAN - Following Kieran Trippier's departure to Atletico Madrid, the right back slot at Tottenham is very much up for grabs. That said, if Walker-Peters' performance was anything to go by, that debate can already be put to bed. Bombing up and down the right flank with pace and determination, he gave

Kyle Walker-Peters looks more athletic and faster, could be a big season for him considering it doesn’t look like were replacing Trippier. #JUVTOT

Parrot and Walker-Peters having a good game... The next (and only) time you'll see them is in the carabao cup on a cold November evening.

Sarri's side jet off to China next as they take on fellow Italian side ​Inter in the International Champions Cup on Wednesday.

Spurs continue their pre-season tour by also heading off to China, this time to take on ​Manchester United in their all-​Premier League ICC clash in Shanghai.