​Tottenham defender Kieran Trippier has lauded fellow teammate Hugo Lloris as "one of the best goalkeepers in the world" after his performance in Tottenham's 3-1 win against Southampton.

The World Cup winning goalkeeper made plenty of good saves during Spurs' victory, including an unbelievable save to tip a long range effort from Pierre Emile Hojbjerg onto the post. 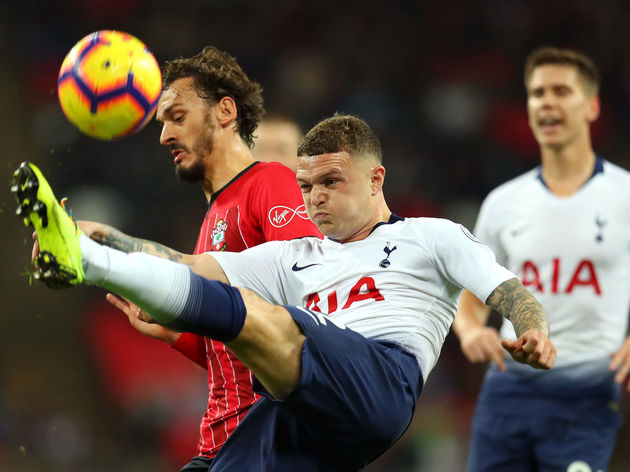 There has been questions over the form of the French goalkeeper, however his ​Tottenham teammate has talked up the abilities of the stopper, telling Tottenham's ​official website that Lloris' consistency is not a concern.

Lloris' man of the match performance will definitely have helped to quieten some of his critics, who questioned his ability after some high profile errors.

A manic charge out of his box in a Champions League game against Barcelona that led to a Philipe Coutinho goal, a red card against PSV Eindhoven, and probably the most infamous of all, his calamitous error in the World Cup final that allowed Croatia's Mario Mandzukic to score, have all occurred in the second half of 2018.

Lloris' latest performance will give Tottenham fans hope that their goalkeeper is back to his best and that he can continue his form into their trip to Leicester on Saturday evening. Spurs go into the game at the King Power Stadium in third and aiming to record back to back wins in their pursuit to claim a top four place for the fourth season in succession.