​Tottenham Hotspur have announced the contract extension of full back Kyle Walker-Peters, which is set to keep him in north London until 2023.

The news comes fresh off the back of the youngster's first outing for Spurs in the Premier League this season in the 2-0 win over Leicester at the King Power Stadium. Aside from that 12 minute cameo, the right back has had a full 90 minutes against West Ham in the EFL Cup.

✍️ We are delighted to announce that @KyleLPeters has signed a new contract with the Club, which will run until 2023.

The appearance on Saturday took the academy graduate's first team tally to 11, in which he was one goal and two assists. That goal came against Rochdale in an FA Cup replay, but his finest hour in a Lilywhites shirt undoubtedly came against Newcastle at St. James' Park.

In his debut showing for ​Spurs, the now 21-year-old put in a man-of-the-match display to announce his rival onto the scene in north London at the start of the 2017/18 campaign.

The extension was announce on the club's ​official website, where the club confirmed: "We are delighted to announce that Kyle Walker-Peters has signed a new contract with the club, which will run until 2023." 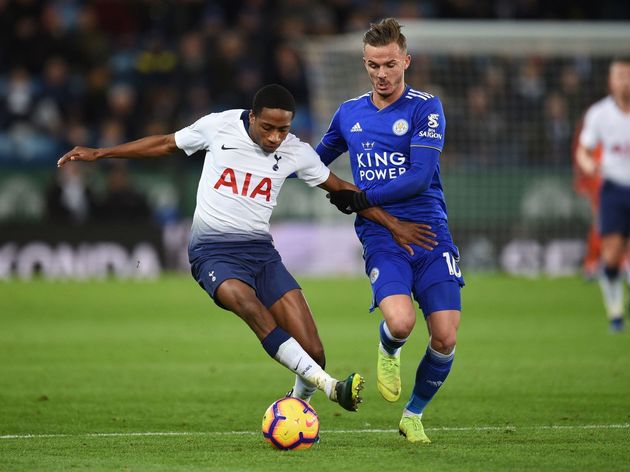 Many of the youngster's achievements in his fledgling career have been conducted in national team colours, and the club acknowledged this, proclaiming: "He has represented England at Under-18, Under-19, Under-20 and Under-21 levels and was a key member of the national team’s 2017 FIFA Under-20 World Cup triumph."

Next up for Spurs, it's the crucial clash with ​Barcelona at the Nou Camp, which will settle their Champions League fate, and after that it's the slightly less glamorous proposition of hosting Burnley at home in the ​Premier League.