​Tottenham manager Mauricio Pochettino has refused to get carried away with talk of a title challenge after his side ​thrashed Bournemouth 5-0.

Spurs raced into a three goal lead by half-time courtesy of strikes from Christian Eriksen, Heung-min Son and Lucas Moura, before second-half efforts from Harry Kane and Son confirmed their second emphatic league win of the week.

The result sees ​Tottenham leapfrog Manchester City into second place in the ​Premier League, although Pochettino will only acknowledge his side's finish at the end of the season. 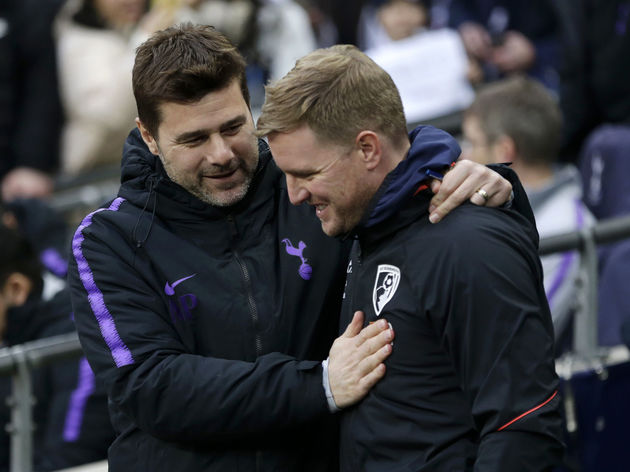 "The way that we work, is paying back now. It doesn't surprise me. We only focus on us, not the opponent. It doesn't mean too much to us to be second or third. The most important position is when you finish in May.

"Now the challenge is to keep this level - it's going to be tougher as when you are there everyone wants to kill you. It's tougher the higher you get. We need to keep humble and work hard. The next game is always more difficult than the one before. If we can keep our level then maybe we can talk about a title challenge at the end of the season."

11 goals in their last 2 games

Ahead of Manchester City after half the season

Spurs are now six points behind current Premier League leaders Liverpool following the win, with their unexpected title challenge made more impressive after failing to sign any new players in the summer and the delay in moving to

"The one thing we've kept is our belief and positivity. We have created a bubble. We are in this position as we have worked a lot - the staff within the club deserve big credit. We've done things to make us very proud."