​Mauricio Pochettino says Tottenham can beat Barcelona to reach the Champions League knockout stages after his side beat Inter on Wednesday.

Spurs secured a slender 1-0 victory thanks to substitute Christian Eriksen's 80th minute strike and while Pochettino admitted the size of the task facing the north London side at Camp Nou is daunting, he insisted his side have what it takes to beat the La Liga champions.

He said, as quoted by ​the Guardian: “We dominated and we created the best chances. 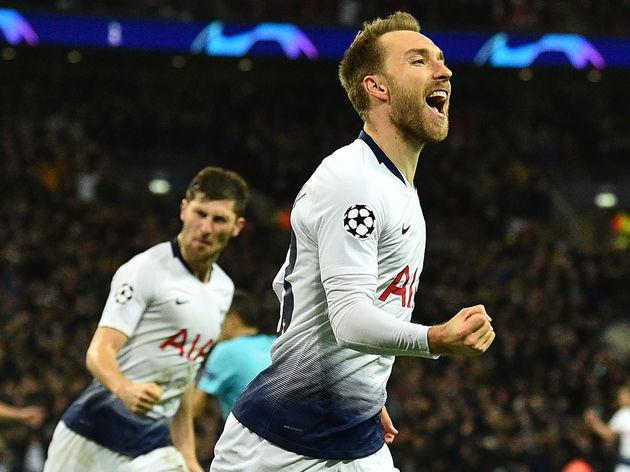 “Now we are in a situation that depends on us. If we can win in ​Barcelona we can progress to the next stage. Of course it is going to be very difficult. We have to stay humble and try to improve.

“All is possible in football. We have big respect for Barcelona. They are one of the best teams in Europe and have unbelievable players. It will be so tough. But one thing we have is belief and faith that we can win.

“Of course we have to show again a great level and compete at our best. To arrive in Barcelona and compete we will need fresh legs, fresh minds and no injuries. We need to manage that and rotate the squad. Demands are so tough. Every three days playing games is so tough.”

Pochettino also defended his decision to start both Eriksen and ​Son Heung-min on the bench, adding: “One thing I don’t like about football is the rules, maybe we should play more like basketball and go in and out. ​Tottenham face Barcelona, who have already secured progression to the knockout stage as Group B winners following their 2-1 win against PSV, on December 11.