Sissoko was forced off with a groin injury during Tottenham's quarter final triumph over Manchester City at the Etihad and was subsequently absent for Mauricio Pochettino's side when they faced off against the Citizens in the Premier League at the weekend. 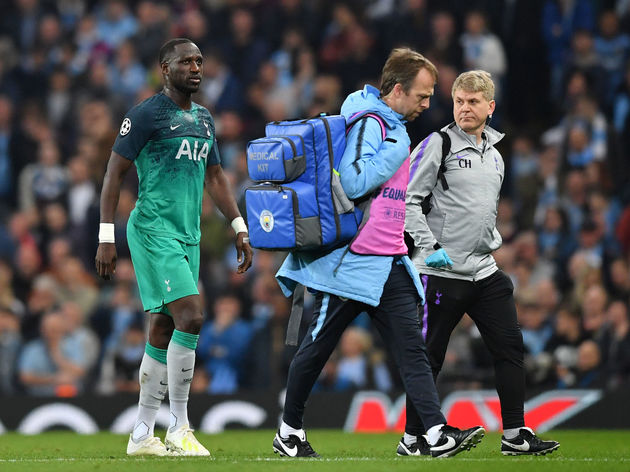 Speaking ahead of ​Tottenham's Premier League clash against ​Brighton on Tuesday evening, Pochettino has confirmed that Sissoko is highly unlikely to be available for selection over the coming weeks.

He said, as quoted by The Telegraph:

The news comes as a huge blow to Tottenham, whose injury concerns are beginning to mount up as the season draws to a close. Sissoko's midfield teammate Harry Winks is also unlikely to be unavailable, which means that Pochettino's options will be severely limited in the middle of the park.

Proud of this team, Thanks to all the fans for the supports, Let’s go to the semifinals #MS17 #COYS #UCL pic.twitter.com/f5cTDqIsu0

“Harry Winks, I don’t know,” he added. “It’s a problem that one day is very good and one not so good. It’s about assessing every day. We will see, maybe he will be available Tuesday but I’m not sure.”

In more positive news, Pochettino was hopeful that Hugo Lloris - who was ruled out against City at the weekend due to a minor muscle injury - would be fit to return to the starting XI against Brighton. He added: “I hope so. We will assess him at the training session. We hope it is not a big issue, hopefully he is going to be available.”