​Tottenham manager Mauricio Pochettino has defended his record during his time in charge in north London, while claiming the club's previous success came in a 'black and white' era.

Spurs were recently knocked out of the Carabao Cup at the semi-final stage by Chelsea on penalties, resulting in Pochettino's third cup exit in the semi-finals in the last three seasons, having exited the FA Cup at the same stage in 2016/17 and 2017/18.

While the Argentine's wait for securing his first piece of silverware since arriving in north London continues, Pochettino pointed to pre-match videos the club use prior to games to defend his record.

Tottenham record in their last 6 semi-finals:

As quoted by ​The Telegraph, he said: " 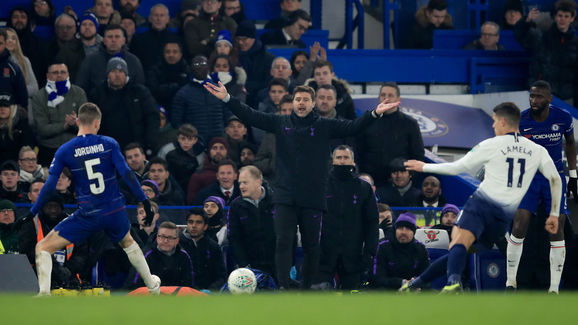 "When Arsenal moved after playing in Highbury, people talked about massive problems, how they were still paying for it and this and that. They are talking about (Tottenham) winning. We still need to finish our stadium. We still need to create the basis to have the possibility to win.

Not sure Tottenham are going backwards but equally don’t think you can argue they’re making progress as a team if they keep falling just short. Big tests ahead without big players. First time I’ve really wondered if club match Poch’s ambition. They’ve got to back him now.