​Tottenham manager Mauricio Pochettino insists that he isn't concerned about getting sacked by the club following their 3-0 defeat away at Brighton on Saturday.

An early blunder for Hugo Lloris - who dislocated his elbow just seconds after dropping the ball - set up Neal Maupay for the opener before 19-year-old Aaron Connolly scored twice on his first Premier League start to round off a perfect afternoon for the Seagulls.

The result has left Tottenham without an away win in the Premier League since January and the club could drop into the bottom half of the table after Sunday's matches. However, Pochettino isn't concerned that his time could be up in north London. 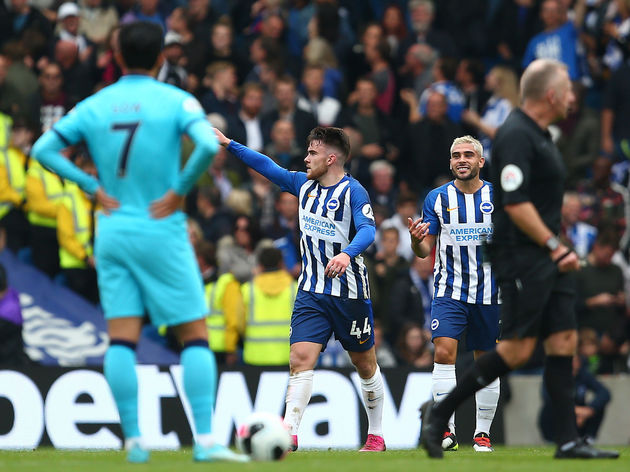 "Now in the last two games, it was a tough situation to accept. But I don't want to be a philosopher or talk in a way that is not good."

Saturday's defeat against Brighton came just days after Pochettino side were thumped 7-2 by Bayern Munich, who were inspired by former Arsenal winger Serge Gnabry, in the Champions League group stages.

Spurs have now lost more games (17) in 2019 than any other top-flight side, but Pochettino is confident he still has the squad to turn things around sooner rather than later.

There's a storm brewing at Tottenham . . .

Can Pochettino weather his most disappointing period as Spurs manager or is there worse to come? 樂 pic.twitter.com/ly31EE32QH

"That is what we are going to do, face negative things and try to work hard to change this dynamic. In my position, I need to accept all the criticism. The same when you praise me or the team.

"I'm going to accept it in the same way and it's not going to change my vision, from you or the pundit because you're criticising me or describing a situation differently to what you expect."