​Tottenham manager Mauricio Pochettino has eased fears over Dele Alli's fitness for the Champions League final, after the midfielder was taken off at half-time in Spurs' final Premier League clash against Everton.

This naturally led to concerns that the Englishman could be a doubt for the club's forthcoming Champions League final against Liverpool at the Wanda Metropolitano on June 1st. 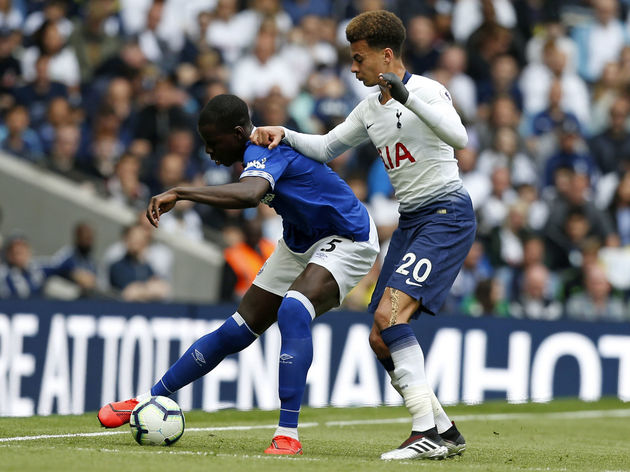 However, as reported by ​Goal, Pochettino was quick to ease these fears, revealing: "He didn't start in the warm-up, he was strange in his feeling and then his performance was very poor in the first half, because he couldn't cope with the situation, so because of caution, he was out [taken off]."

Though the Argentine then explained he would be assessed as a precautionary measure, he expected ​Alli was merely fatigued. "I think it is not a problem. We need to assess him, but I think he was tired," he declared. "I think in a normal situation he was for sure not starting the game, but we started with him and before that problem starts something [becomes more serious], in half-time we made the change."

Sunday's draw with Everton confirmed ​Tottenham's place in the Champions League next season and Pochettino proclaimed his pride in the team, declaring: "My players are superheroes, I am so proud of them. The way they have behaved so professionally and what they have achieved is unbelievable.

"Four top-four finishes, four Champions League qualifications and the cherry on the cake will be the Champions League final. This group of players deserve so much credit. They have put so much unbelievable effort in. There have been many positives this season. The players and staff have shown so much character.

- Best season of Pogba's career (in stats anyway)
- Wolves went a whole game without fouling
- Aubameyang scored 20 goals, the Gunner's sixth to do so!

All the best stats from the 2018/19 Premier League season!  https://t.co/AghMzovUcw

"We broke down all the doors when the circumstances were against us with the new stadium stuff. So, to see their capacity to fight again makes me so proud.

"I think this is our best season in our five years. I am so happy, so pleased. What we have achieved this season - top four and final of the ​Champions League - it is difficult to assess now, but in time the people [fans] will realise what we achieve."