​Real Madrid are 'serious' about their intentions to bring Christian Eriksen to the Santiago Bernabeu, and are set to make a move for the unsettled Tottenham man during the winter window.

The Denmark international has endured a slow start to the season, with Spurs already suffering a series of humiliating defeats domestically and in Europe.

Eriksen's future has been one of continued uncertainty this year, having failed to reach an agreement with Tottenham over a new deal, and it's looking likely he will be sold in January or let go for free when his contract expires next summer. One of the clubs that has remained linked with ​Eriksen throughout the saga has been ​Madrid, who spent a significant amount of money over the summer but didn't succeed in bringing an attacking midfielder to Spain. ​Paul Pogba was another player linked with a move there, but ​Marca report that ​La Liga's leaders are hell-bent on securing the ​Spurs man at the nearest possible opportunity after ​Manchester United's unwillingness to sell.

Marca add that Tottenham chairman Daniel Levy is resigned to selling the playmaker after efforts to tie him down long-term ended fruitless. Due to those failings, he has ordered people he has faith in to secure an 'adequate' deal from any potential suitor keen on ​Eriksen. 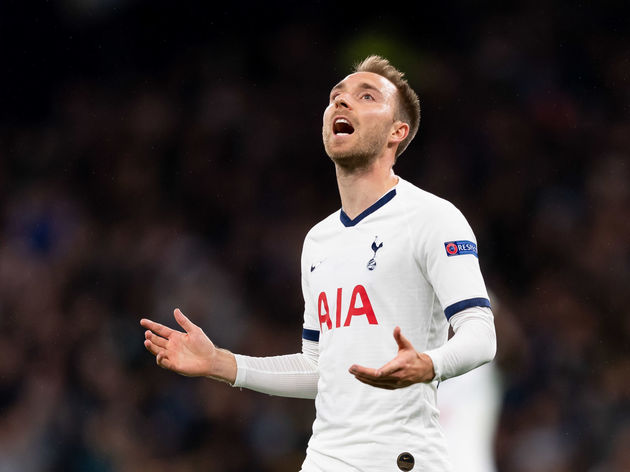 The Madrid board are keen on adding guile, speed and flair in the final third, something they believe ​Eriksen will offer, although it was Zinedine Zidane who was not convinced on signing the Dane over the summer. It is added, however, that those above the manager see this as an opportunity not to be missed, especially considering the cut-price deal they could agree.

Tottenham have found themselves in dire straits at present, after a miserable calendar year sunk to new lows with a 3-0 defeat away at Brighton in the ​Premier League. One of the players not pulling his weight is Eriksen, whose head has clearly been turned by the ongoing transfer rumours.