After a promising start to life at Spurs, things are starting to go wrong for new manager Jose Mourinho.

His side were held to a 1-1 draw with Middlesborough in the FA Cup on Saturday, and only managed to pick up four Premier League points from a possible 12 over the festive period.

Mourinho has been known in the past for bringing instant success and defensive stability to sides he's managed, before failing to maintain his own high standards after about three seasons.

But it appears that after two months in the ​Tottenham dugout that he has not been able to bring his customary solidity, as he has only managed to guide them to one clean sheet (in the 5-0 victory over ​Burnley).

In fact, that is the only clean sheet Mourinho has managed to keep with any of his sides across his last 17 matches in all competitions as a manager.

The stat is even more concerning for Spurs fans when you factor in that the self-proclaimed 'Special One' hasn't been able to manage his side to an away in clean sheet in 15 successive matches. 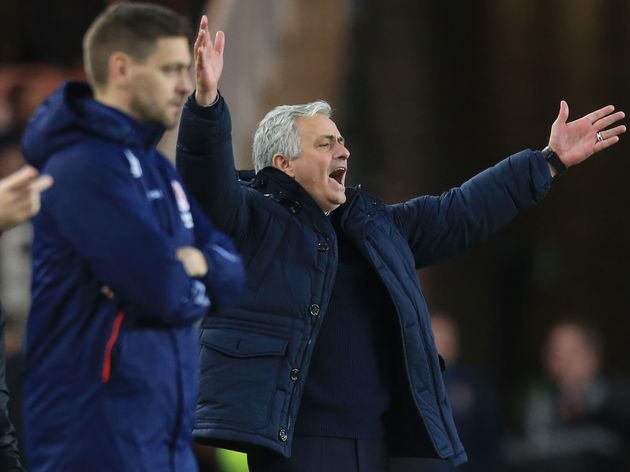 ​To be fair to Mourinho this is the first time in his career that he has joined a major club midway through a season, and he will have to be given time to bring in his own defenders before judgement can truly be cast on his time as Tottenham boss.

Spurs have been linked with ​Norwich City's ​Max Aarons and ​Napoli's ​Kalidou Koulibaly in recent weeks as the former ​Chelsea and ​Manchester United boss looks to bolster his defensive options. Defence is not the only position in which Spurs are expected to strengthen this window though, after it was announced that ​Harry Kane suffered a serious hamstring tear in the New Year's Day defeat to ​Southampton.

90min was able to ​​exclusively reveal that the north London club are interested in bringing in ​Fulham's ​Aleksandar Mitrovic as a potential back up in Kane's absence.