Tottenham's Son Heung-min claims a Christmas period on the sidelines has given him plenty of time to contemplate his recent incidents of ill-discipline, following a three-game suspension for kicking out in a tangle with Chelsea's Antonio Rüdiger last month.

The attacker described the experience of watching his team throughout the hectic festive schedule as a 'painful' one. 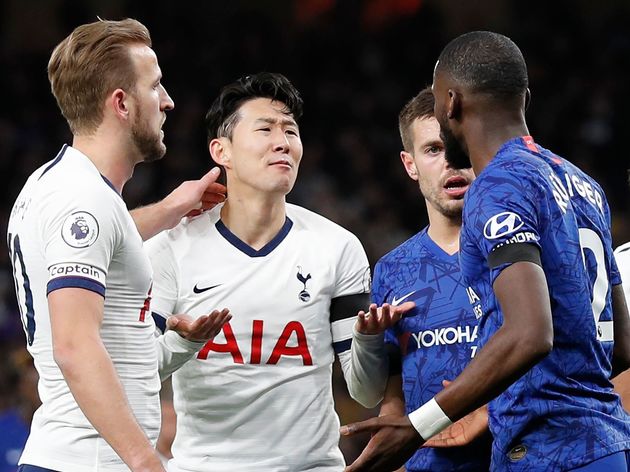 In a revealing post match interview with the ​Daily Mail after ​Tottenham’s 1-1 draw with Middlesborough in the FA Cup, ​Son said, "It has already passed, I don't want to speak or think about it. I just want to focus on what is coming, that is the most important thing.

"I am trying to learn something about this situation, three red cards is something I don't want.

It is not something I expected, but three red cards, it was painful. I will try and learn something from these situations.

"I was frustrated but I came back with happiness - but it was not the result we wanted.

I am glad to be back, it was very painful to watch the team playing home and away on Boxing Day and New Year's Day." The responsibility on Son’s shoulders is mounting and his return is a welcome one to Spurs fans everywhere with ​Harry Kane set to be out of action with a hamstring injury.

Kane pulled his hamstring in the Premier League defeat to ​Southampton on New Year's Day - an injury that will take six to eight weeks to heal. Son implored his Tottenham teammates to pick up the slack in the captain’s absence. "Harry is one of the most important players in the team and I don't want to see someone injured, especially your team-mate.