Tottenham moved back up up to third place in the Premier League table with a comfortable 4-0 win over already-doomed Huddersfield Town.

Mauricio Pochettino's men put on a show in front of the home fans at their new stadium with Victor Wanyama putting Spurs ahead before Lucas Moura bagged a remarkable hat trick to earn all three points. With a number of ​Tottenham's big names such as ​Harry Kane and ​Dele Alli missing out through injury, there was a lot of expectation surrounding ​Christian Eriksen to supply both Lucas and Fernando Llorente in the attacking areas, and he certainly didn't disappoint.

He was at the centre of Tottenham's attacking play all game long and even managed to bag himself an assist for Tottenham's third goal of the game.

He continues to be one of Tottenham's most important players, and here is a stat from ​Opta which highlights exactly how important the Danish international has been to his team since his arrival at the club.​ Tottenham’s Christian Eriksen registered his 60th Premier League assist, eight more than any other player since his debut in the competition in September 2013.

It's a truly remarkable feat for a player and considering Spurs payed just £11m for the midfielder back in 2013, it looks to be an absolute steal considering what he's gone on to do with the club. 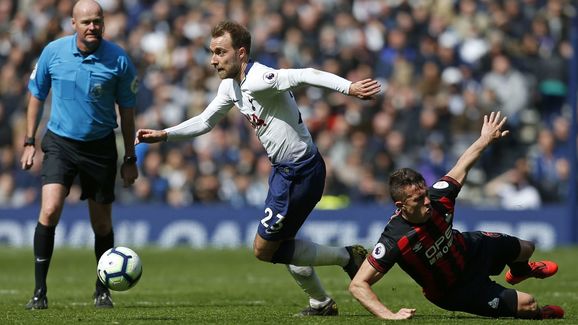 They'll certainly be hoping he can be as influential when they travel to the Etihad Stadium on Wednesday night to face Manchester City in the second leg of their Champions League quarter final tie - with Spurs currently leading the tie 1-0 on aggregate after the first leg.

With both Kane and Alli set to miss out, once again it looks as though Eriksen will need to step up as he has done on so many occasions and lead his team through what is set to be a gruelling encounter with so much on the line for both teams.