​If you haven't noticed, Tottenham Hotspur are in a bit of a rut right now. Performances are poor, results are just as bad, and it doesn't seem like much is going right these days.

To try and sort things out, manager Mauricio Pochettino has admitted he is ​already looking to the January transfer window to try and bring his squad back together, but he cannot afford to start buying players just for the sake of it. This needs to be well thought out.

Let's take a look at five areas which Spurs must focus on soon. ​Spurs' right-back situation is nothing short of a disaster. With Juan Foyth (who is a centre-back anyway) still injured, Pochettino has rotated between ​Serge Aurier, Kyle Walker-Peters and an out-of-position ​Davinson Sanchez.

None of those three are really doing the job right now, ​so strengthening here should be one of their top priorities. It's almost as if they shouldn't have sold ​Kieran Trippier.

Finding players in January isn't always easy, but Spurs should spend big here to get this sorted out once and for all. Jan Vertonghen is thought to be unsettled at the Tottenham Hotspur Stadium, and Spurs don't need that right now. It's time to move on from the Belgian, which means they need a replacement.

He is out of contract at the end of the season anyway, so Spurs might as well start the process of parting ways a little earlier than expected. ​Toby Alderweireld In ​Christian Eriksen and ​Dele Alli, you could argue that attacking midfield is Spurs' strongest position. However, it's also proving to be one of the most problematic.

It's no secret that Eriksen wanted a move away last summer, and that negativity looks to have plagued the rest of the squad. If he's not going to stay at the club beyond the end of the season, Spurs need to cash in and find a replacement.

The ideal solution would be to promote Giovani Lo Celso, but even that signing doesn't seem like it's going well. Spurs need to take a chance on someone who can come in and provide goals, assists and energy, like Eriksen used to do.​ ​Son Heung-min is among the finest wingers in the ​Premier League, and Lucas Moura's not half bad either, but after those two things get a bit dire.

Young Ryan Sessegnon is yet to prove himself in the top flight, whilst ​Erik Lamela has flattered to deceive for years now. Outside of Son, Spurs don't really have a player to take over out wide.

Finding somebody to rotate with Moura - or even replace him - would be a fantastic move for Spurs. A new signing could bring energy to a game from the start, or be able to change it off the bench. 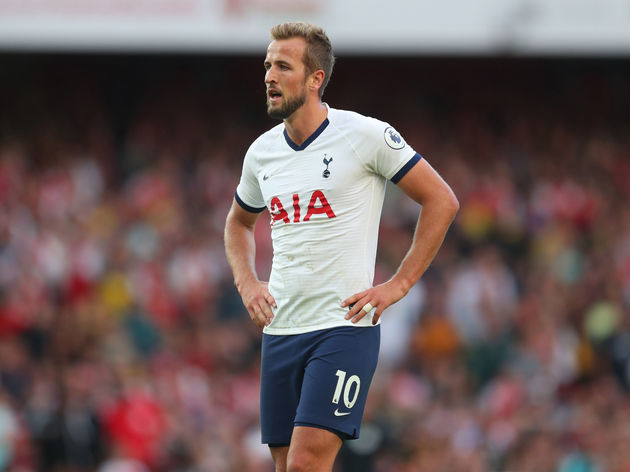 Nobody is doubting ​Harry Kane, or at least they definitely shouldn't be, but even he goes through some challenging spells on the pitch. Unfortunately, Spurs have literally nobody to replace him.

Son can go up front, but then the team is weaker out wide. At the minute, it looks like it's one or the other for Spurs, but they need it to be both. They can't afford to drop quality when one player needs a rest.

For too long, Spurs have relied on average back-ups like Fernando Llorente or Vincent Janssen. Time to get the chequebook out and bring someone in who can actually rival Kane.