The State of Spurs: An Overview of the Club's Current & Future Prospects as Football Takes a Break

Now, I don't know about you, but I'm going a bit stir crazy sitting inside all the time.

Don't get me wrong, it's totally necessary and we all need to tuck ourselves away until this pandemic is dealt with, but the Roma players are showing me no respect on my Football Manager save and my dog won't stop looking at me with her 'I want you to take me outside' eyes.

And then Tottenham come to mind. The incomprehensible 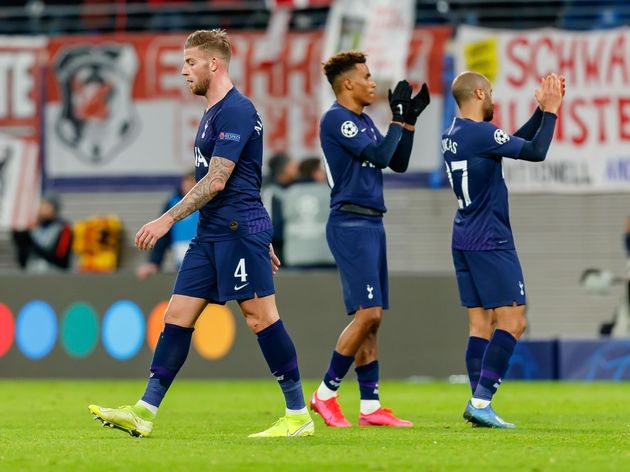 It's all bad. No heroic ​Champions League run. No FA Cup. Potentially no European football next season. Eighth in the ​Premier League.

In truth, a good end to the season could see ​Tottenham finish fifth, as they're currently only four points behind Manchester United, but fourth spot is probably out of the question as they're seven adrift of Chelsea.

New signing Steven Bergwijn has shown what he's capable of in patches - most notably on debut against Manchester City - though Gedson Fernandes is still finding his feet and it's tricky to see where he would fit into the team if his spot on the bench was taken. Now, we can all have our hot takes on whether Jose Mourinho is a good fit for Tottenham and whether or not he'll maintain that 'winner' status he has cultivated over the years.

Regardless of that, it's somewhat hysterical to slam him without acknowledging just how unlucky he and the squad have been with injuries.

Yes, there have been more than a few lifeless performances since the Chelsea boss took over, but he was without captain Hugo Lloris when he replaced Mauricio Pochettino and lost both Harry Kane and Moussa Sissoko in January.

Injuries to Son Heung-min and Bergwijn have further decimated his attacking options, leaving Dele Alli and Lucas Moura to run around like headless chickens doing their best striker impressions. They've run themselves into the ground, but ultimately they're square pegs that don't fit into round holes. Thankfully, there is some good news.

Kane has commenced on-field rehabilitation and Moussa Sissoko - out since the 1-0 loss to Southampton on New Year's Day - uploaded a few videos of himself doing ball work in the gym. Both could be fit by the start of April.

Mourinho was also hopeful of Son playing before the end of the season, but was not so optimistic on Bergwijn. Ben Davies ought to recover from a hamstring strain in the coming weeks, but there's no return date set for Juan Foyth. So let's just assume that Son and Kane are going to be fit for Spurs' remaining games, eh? The Premier League in all likelihood won't resume in early April, giving those two more time to get back to full fitness.

That being said, the team is pretty broken back to front - there's no evident game plan, the defenders have been all over the place positionally and, while Giovani Lo Celso has been great as the ball-carrier in midfield, creativity has been an issue all year.

Plumping for three victories from Tottenham's last seems pretty optimistic, as would anything but a loss on the final day of the season at Crystal Palace.

There's a fair bit riding on that Manchester United game. Mourinho has pulled off one 'classic Mourinho' result during his time in north London - that win against City - and anything other than a repeat there would probably spell the end for Tottenham's Champions League hopes.

That being said, if the currently injured stars can make positive returns and help the team build up a bit of momentum, who knows how the season could finish. 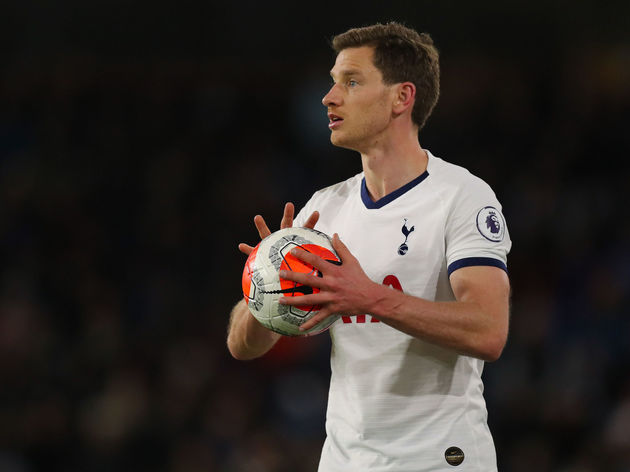 As things stand, Jan Vertonghen is the most high profile star set to leave the club in the summer, bringing an end to his eight-year stay.

There is some confusion over Japhet Tanganga's current deal, with some outlets claiming he could also be available in the summer, but Michel Vorm is expected to depart after signing mid-season and cocking up in his one appearance - the FA Cup defeat against Norwich.

Eric Dier and Oliver Skipp's deals expire in 2021, but apart from that Tottenham are in an oddly strong position in regards to player contracts. Mourinho has said a few times that a summer upheaval isn't in the pipeline. Believe that if you will - Tottenham have needed a rebuild for a few years and the former Chelsea boss must have figured out that a lot of the players currently on the books won't help him achieve any kind of sustainable success.

One of the main issues may be keeping Kane around - ​90min understands the England captain is currently considering his future, with a lack of trophies playing a part in that thinking. Manchester City are interested, as are their local rivals United.

As for incomings, don't expect Paulo Dybala. QPR starlet Ebere Eze has been ​linked, with Geoffrey Kondogbia also mentioned as a ​potential target.

In a dream world, new full backs, a defensive midfielder, a back-up striker, an elite centre back and a promising goalkeeper would be on Mourinho's list for the summer. Don't hold your breath. If - or more appropriately, when - Tottenham fail to qualify for the Champions League, then that'll be their immediate aim for the 2020/21 season.

Mourinho talked about potentially challenging for the title when he first arrived as Pochettino's successor, but right now that seems more like wishful thinking than a realistic target.

Ultimately, it'll be win or bust very quickly for the 57-year-old. He is constantly doubted and slandered as a has-been but has never faced a rebuilding as severe as the one he's got on his hands now.

It's tricky to know if Spurs are on the right track after such a jarring managerial change, but at least things can't get too much worse. Fingers crossed. Touch wood.