Toby Alderweireld: Tottenham Must Keep Hold of Defensive Spine at All Costs

1. A series of vertebrae extending from the skull to the small of the back, enclosing the spinal cord and providing support for the thorax and abdomem; the backbone.

And there it is, the backbone.

While Tottenham may have no thorax and abdomen, they certainly do have a spine.

Tottenham's spine suffered its first fracture in January, so to speak, with Mousa Dembele leaving the club, yet Spurs somehow hobbled their way to the end of the season. Signed in 2015 for just £11.5m, there could not have been a better player to fit into Tottenham's defence. How he was so readily available at the time and for so little is still a mystery.

However, Alderweireld's contract situation is a rather peculiar one. After January's one-year extension, the Belgian has been available to any club who wants to pay a £25m release clause, that expires July 26.

After offers of an improved contract from Spurs, (relatively) high demands from the player have prevented a solution being agreed upon. The clock is ticking. An agreement could be reached, but he could walk away for a free in a year's time.

What Alderweireld brings to the team has not been seen at the club for a very long time. Tottenham have hardly been blessed with top-level defenders in recent years. Jonathan Woodgate was good, and only Spurs' Ledley King comes close.

Yet Alderweireld brings that bit extra. The bits you'll never see in the highlight reels. The impeccable positioning, underrated strength and pace and quarterback like passing ability.

Of course though, stats aren't everything. Mauricio Pochettino was getting more time to develop his team and a consistency was growing. Though crucially, I'm sure one showing a win percentage with/without Alderweireld during his Tottenham tenure would be quite remarkable.

It is no exaggeration to say that without him, Tottenham would not have reached the Champions League final. Of course, possibly without Eriksen, Lloris or ​Kane they wouldn't have accomplished it either. Yet it is how replaceable the player is that matters. 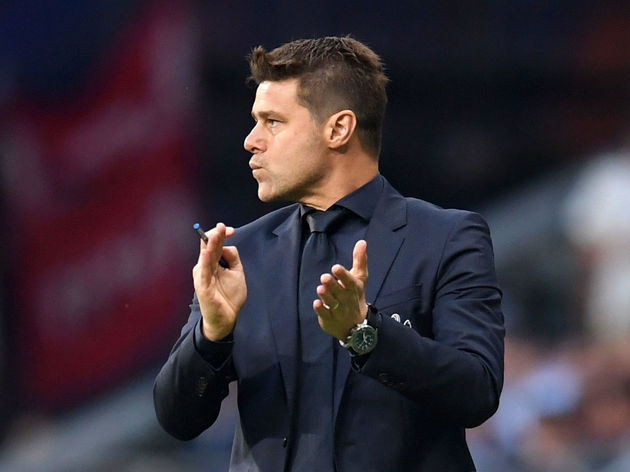 Regardless of today's hyper-inflated market, £25m does not represent a large amount of money, nor a good return for someone of Alderweireld's quality. If we were to scour the market, it is obvious that these crème de la crème centre backs are quite hard to come by.

For a club in Tottenham's position, who are likely to be dealing with Eriksen's departure, can they really find an adequate replacement for the Belgian like they seem to have done with Dembele? Only Milan Skriniar or perhaps Jonathan Tah look like potentially buyable replacements, and their price tags are likely to be much higher.

Surely it is worth putting the money on the table for a player who is so crucial to the team's success? Even after he's reached the big three-o.

The reason Tottenham have been on the brink of something 'special' has been because of their spine. Players who are at the top level in their position. With the departure of ​Eriksen a distinct possibility, and the sparse availability of equivalent central defenders, ​Alderweireld cannot be sold - regardless of where Eriksen is next season. As the other parts of the vertebrae slowly disappear, losing Alderweireld could change the consequences for Spurs from whiplash to paralysis. ​Tottenham Hotspur, give the man his money.