Tottenham 2-1 Southampton: Report, Ratings & Reaction as Harry Kane Is the Hero Once Again

Tottenham took on Southampton in a massive game for Mauricio Pochettino, as he and the Lilywhites looked to bounce back from a string of poor results.

Fortunately, things started well for Spurs, with Tanguy Ndombele smashing home after a brilliant first half from the Frenchman.

However, things quickly turned sour for the London side, after the ever-brainless Serge Aurier was sent off on the 30 minute mark following two quick bookings.

To make matters worse 10 minutes later, Huge Lloris had an absolute shocker as he tried a Cruyff turn inside his own penalty area, giving away the ball and leading to Danny Ings tapping home from a position from which he simply couldn't miss.

Just when Spurs thought they had the momentum taken away from them, who else but ​Harry Kane popped up with a brilliant finish after great work from Son Heung-min and Christian Eriksen.

#thfc HT, 2-1. Aurier & Lloris determined to snatch defeat from the jaws of victory but Kane having none of it, finishing a brilliant team goal to restore Spurs' lead. This game is great craic but big 45 ahead for Spurs, particularly with Bayern on Tuesday.

The second half was mostly a backs-to-the-

This is a massive win for Spurs, while Southampton will need to find the goal scoring formula in their quest to stay up.

​Spurs have been in a bit of a rut. For the first time in Pochettino's tenure at the club, he has been under some pressure. How would they bounce back from their recent bad run?

To be honest, they weren't that great. Individual calamities from Aurier and Lloris very nearly cost them. 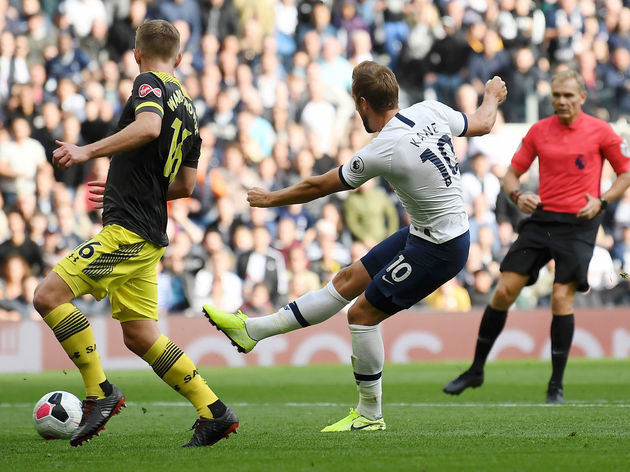 However, three points is three points, and the Argentine once again has Harry Kane to thank.

Ndombele made a case to be the star man after his first half performance, but the award has to go the Harry Kane.

The England captain was at his lively best, driving at the Saints' defence, alongside some brilliant hold up play.

His terrific finish at the end of the first half was the cherry on the cake for his great all round performance.

Harry Kane, the man who should be our captain, saving our actual captain’s ass 

We don’t deserve Harry Kane. He deserves so much better than the donkeys playing behind him

THAT IS MY FUCKING CAPTAIN! KANE

​Southampton have played some really good football this season, but their lack of cutting edge has been fairly evident. Maya Yoshida was an absolute wall at the back for Southampton. He put in a brilliant defensive display, with some really great last ditch tackles to shots on goal.

He was also unfortunate not to get a goal himself, after a wonder save from Lloris.

Maya Yoshida is Southampton's best option from corners. Nearly scored but for a great save against Liverpool and now, against Spurs needed a great starfish from Lloris to deny him. 62 minutes. Southampton turning the screw.
Son off for Lamela. This will be interesting.

Yoshida and Bednarek have had stormers here but we just don’t break teams down, too quick to slow down the play in the opposition half

This is a massive win for Spurs, and Pochettino will hope that this result helps his side turn a corner.

They have a crucial home fixture against Bayern Munich coming up in the Champions League, and a win there will most certainly relieve a lot of pressure from the manager's shoulders. 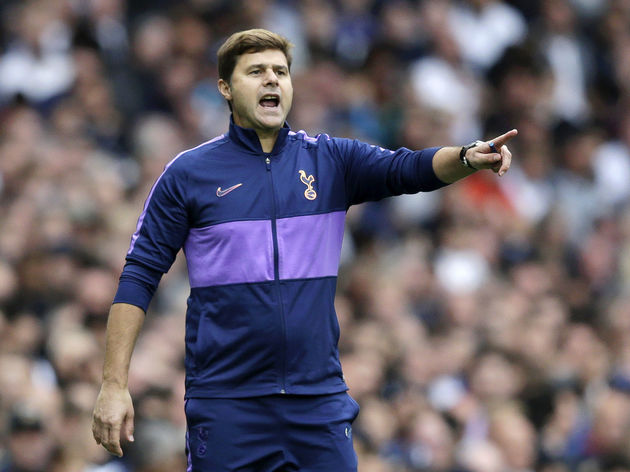 Southampton once again played well, but they just can't score goals. Ralph Hasenhuttl needs to solve this soon, otherwise they will find themselves in a real relegation scrap.

They face Chelsea at St. Mary's next, knowing that they will have to be a lot more clinical in the final third to get the three points.