Tottenham 3-2 Southampton: Report, Ratings & Reaction as Spurs Fight Back to Reach Fifth Round

Tottenham ​booked their place in the fifth round of the FA Cup with a hugely dramatic 3-2 win over Southampton at the Tottenham Hotspur Stadium on Wednesday evening.

Both sides had opportunities to open the scoring in the early stages of the game. First, Son Heung-min set up Ryan Sessengon, but his shot lacked any power. Seconds later, Danny Ings found space in the Spurs box and got his shot away, but it was comfortable for Hugo Lloris.

However, it was Spurs who took the lead on 12 minutes, Tanguy Ndombele's strike was going wide, but Jack Stephens deflected the ball into his own net. Southampton should have equalised six minutes later, but Ings fired against the crossbar.

FULL-TIME: We're through to the FA Cup fifth round! 

Fresh off the back of an excellent 2-0 win over Manchester City last time out, Jose Mourinho will have been desperate to see his side pick up another positive result.

The Portuguese opted to go with three at the back, but the north Londoners were slow to get going. The away side were picking up clever positions and were easily able to get in behind on numerous occasions during the first half. 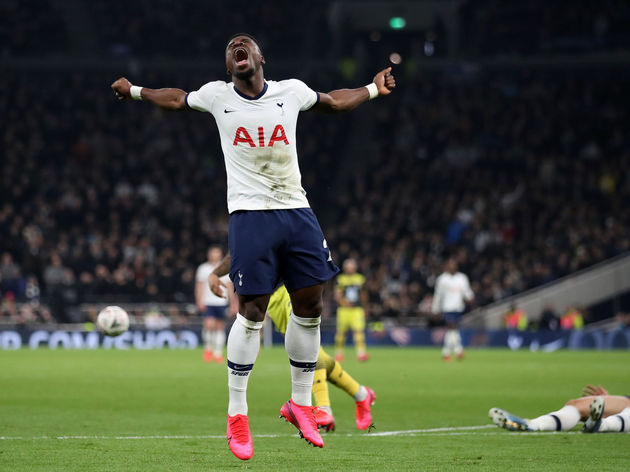 And while ​Tottenham were able to take the lead after just 12 minutes, they were pegged back for the entire first half, managing just the one shot on target. The second half saw Spurs raise the tempo and, as a result, the volume levels inside the stadium rose, as well.

While they conceded once more, they continued to grow into the game and found an equaliser before securing the win late on. It was certainly not a pretty performance, but in the end for Mourinho, it was effective. They're into the next round.

Spurs are playing really poorly. Southampton more than deserve that equaliser. We look so poor at the back. #COYS #THFC #TOTSOU #EmiratesFACup

Tottenham are making a mess of this #TOTSOU

Spurs were disappointing with no real standout performers and while it certainly wasn't his best performance, Lucas Moura provided the necessary bit of quality to draw his side level. 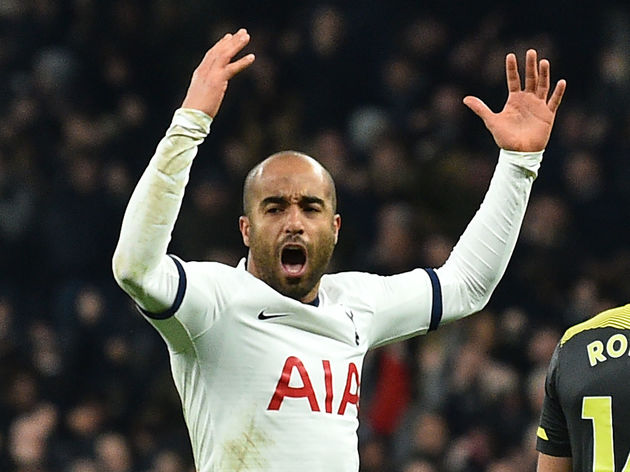 With the Lilywhites one goal behind and seemingly heading out of the FA Cup, Moura picked up the ball, shifted it and fired in from the edge of the area. The team had been struggling to break down a resilient Saints side up until that point, but he was finally rewarded for his hard work.

The 27-year-old was constantly running and trying to make things happen the whole game and while it wasn't his best game in a Spurs shirt, he certainly made a very valuable contribution.

It was so Lucas Moura, awful most of the game then he does something absolutely brilliant.

Bless Lucas Moura and his knack of popping up at the exact moment it seems all hope is lost. #COYS

Hasenhüttl's men left it late to force a replay, but they began the game brightly on Wednesday. Despite the fact that they conceded early, ​the Saints were dominating proceedings. In fact, in the opening 45 minutes of the clash, the away side saw as much as 65% of the ball. They were eventually rewarded for their hugely impressive start when Long tapped home on 34 minutes. The concern for Hasenhüttl will have been that his side were failing to capitalise on their numerous chances and they were at risk of being punished.

The away side fought their way back into the lead, but they simply weren't able to cope with Tottenham's late barrage of attacks. It is a hugely disappointing result for the Saints, who were largely in control, but in the end, they were made to pay for their missed chances. Nonetheless, it was another impressive display.

Ever since that 9-0 smashing v Leicester - Southampton have come on leap & bounds. Look like a proper team. Big up Ralph for the transformation  #TOTSOU https://t.co/vI89V8Db63

Saints already getting a lot of joy from knocking the ball in behind the high line of Spurs. #TOTSOU

There were a number of Saints players that were bright 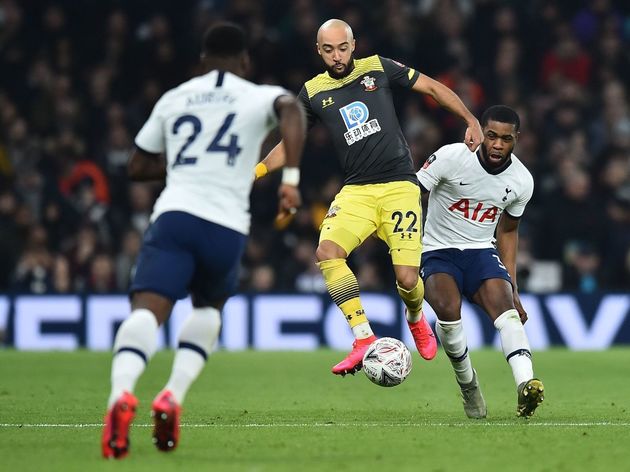 The Englishman never stopped chasing and harrying, dispossessing his opponents before driving forward and making things happen for his team. His intelligent runs and clever positioning allowed him to constantly pose a threat and it was his sharp shot that was parried into the path of Long, who equalised.

Once again, it was his stunning run and pass that set up Ings to put them in the lead. An outstanding display.

If you are reading this, Nathan Redmond knows how to play football..
Periodt...#TOTSOU

Tottenham are not back in action until February 16, as Mourinho's men head off for their winter break. However, they will face Aston Villa on that occasion before hosting RB Leipzig in the first leg of their last 16 Champions League clash the following Wednesday.

Similarly, Southampton now also have their winter break, but they will host Burnley when they return on February 15, before hosting Aston Villa one week later.