Tottenham returned to winning ways with a 4-0 thumping of Crystal Palace. Following just the two points in their last three games, this was a much needed win for the Lilywhites.

Palace will be disappointed with the result and the performance, but they came across a fired up Spurs side who they just couldn't keep out at the back.

The impressive Son Heung-min opened the scoring with a neat run and finish after a stunning pinged through ball by Toby Alderweireld. ​

Patrick van Aanholt then directed the ball into his net following a cross from Serge Aurier, before Son doubled his tally with an emphatic finish from another Aurier cross.

Erik Lamela also got in on the act after a delicious cross from Harry Kane - all this in just the first half.

However, that was it for Spurs. They seemed to take their foot off the gas for the whole of the second half, but to be fair, you can't really blame them.

First half from Spurs was just sensational.Second half is clearly to avoid injuries and have a bit of a rest for CL match on Wednesday

A 4-0 win for Spurs was the perfect tonic after a slow start to the season, but a second half clean sheet could be enough to suggest to Crystal Palace fans that it was simply a first half blip.

There were huge question marks over the ​Spurs team following a poor start to the season. The right back position was also a massive dilemma.

But guess what? With the transfer window now closed and Mauricio Pochettino picking an actual right back in that position, they suddenly looked much more the side that we are used to seeing. Surely not a coincidence. With the squad now settled and ​Aurier performing brilliantly today - which could possibly result in him getting a chance to prove himself in defence - Pochettino will want things from this point forth to head in a positive direction.

Although a case could be made for Aurier, ​Son was quite brilliant and deserves the star man award.

Son Heung-Min has scored more Premier League goals at home since the start of last season (10) than any other Spurs player.

Following back to back wins, it was going to be interesting to see if Roy Hodgson's men could grind out another snatch and grab victory.

This wasn't to be the case today, as they came across a Spurs side who were going all guns blazing. It was their best performance in a while. 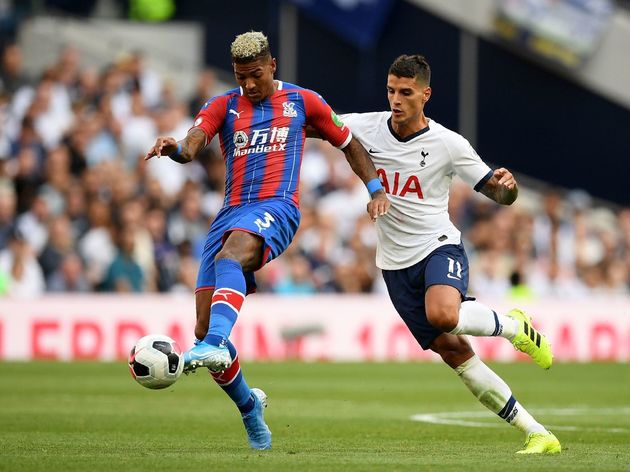 Hodgson may be worried at how easily Spurs opened them up - they were seriously poor at the back in the first 45 minutes. One thing is for sure though, he definitely won't panic, especially after an improved second half display.

I mean, this was a tough one. No one really played well in a ​Palace shirt. But ​Wilfried Zaha was probably the liveliest of a bad bunch.

He was isolated a lot in the final third, but still tried his absolute best and won a number of fouls in dangerous positions.

It wasn't a brilliant performance, but on a bad day for Palace, he stood out the most - as he so often does.

Zaha starts for any team in the PL

Welcome back Spurs, why didn't I put Sonny in my fantasy football team 
Wilf Zaha the only decent Crystal Palace player.

Zaha does not deserve to be in crystal Palace.quality player Crystal Palace will take this result on the chin knowing that they had a bad day in the office. They came up against a better team on the day, and Hodgson will know that.

The Eagles return to Selhurst Park next week against a struggling Wolves, and know they have a great chance of picking up three points and compounding Wolves' misery.