​Tottenham have announced that they chosen to activate the clause in Jan Vertonghen's contract which will extend his current deal until 2020.

Vertonghen has been a crucial player for the north London outfit since joining from Ajax in 2012 and has played 12 times this season across the Premier League and ​Champions League, scoring once and picking up four clean sheets.

The Club can confirm that we have activated the option to extend @JanVertonghen’s contract until 2020.

In an official ​statement, Spurs revealed: "The Club can confirm that we have activated the option to extend Jan Vertonghen’s contract until 2020.

"The Belgium international has made 264 appearances for the Club since joining from Ajax in 2012. He was rewarded for his fine form last season with a place in the PFA ​Premier League Team of the Year and the One Hotspur members’ Player of the Season award.

"Jan also recently became the most capped player in Belgium’s history with 110 appearances for the Red Devils."

The Belgian centre half sustained a hamstring injury in September and was out for five games. Despite a difficult return to action in the north London Derby against Arsenal at the start of December, in which he gave away a penalty and was sent off, Vertonghen seemed to recapture his venerable form with his return to full fitness before another niggle ruled him out of contention. 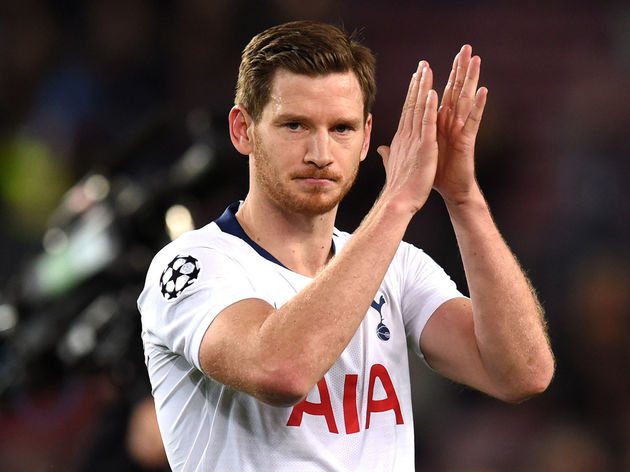 With ​Spurs facing the most congested festive schedule of any of their top five rivals in the ​Premier League, Mauricio Pochettino will certainly need his 31-year-old centre to recover from his thigh problem and get back to top form heading into this busy time.

The defender signed a three-year deal back in December 2016, which was due to expire in June 2019. But this most recent extension means that the centre back will now remain in north London until at least June 2020, transfer permitting.