​Tottenham Hotspur are planning to tie down Giovani Lo Celso on a permanent basis this month, with chairman Daniel Levy in negotiations with Real Betis to sign the midfielder.

The 23-year-old joined Spurs on a season-long loan deal in the summer but has only started two Premier League games for the club in a transition period which has seen Mauricio Pochettino depart and Jose Mourinho take over as head coach.

Despite his lack of game time amid injury struggles, it is clear to see Lo Celso's immense talent and potential. According to ​i, Levy is determined to sign him on a long-term deal but is attempting to lower Betis' demands.

The terms of the current loan dictate that if Tottenham were to qualify for next season's Champions League, they would be obliged to sign him on a permanent ​transfer anyway, with the compulsory purchase option standing at

However, the nature of the complicated ­arrangement would allow an agreement to be reached this month for a reduced fe in the region of €32m.

It is likely that a deal will be struck at some stage, but as many know, Levy values every penny in transfer negotiations, so it may take quite some time. 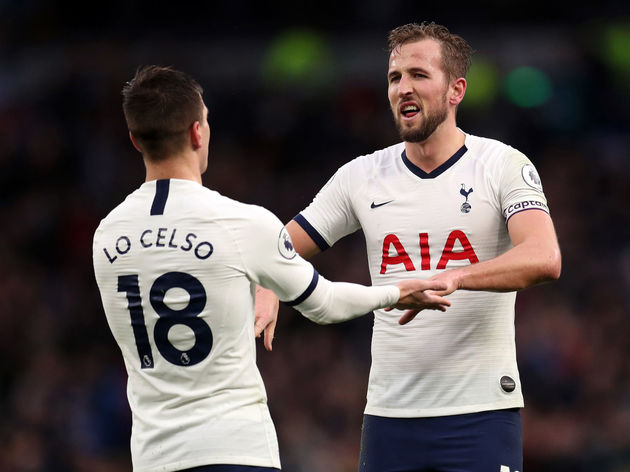 Betis have no expectations that Lo Celso – who benefited from playing in an advanced midfield role, scoring 16 goals for them last season – will return to the club at any stage.

The Argentine international has featured in all four of Spurs' games since Christmas and will be focusing on impressing Mourinho as he hopes to become a first-team regular.

With Moussa Sissoko and Tanguy Ndombele both currently on the injury table for the north London side, it is likely that Lo Celso will continue featuring and even starting.

Tottenham host league leaders Liverpool in the Premier League on Saturday as they look to put to bed a miserable run of form over the festive period.