The finishing touches are being put on ​Tottenham Hotspur's new £850m stadium as the club prepares to announce when the first competitive fixture will take place at the new White Hart Lane, with reports indicating that it will be on January 13th against Manchester United.

The iconic cockerel, the symbol that embodies Spurs, has been added to the exterior of the new 62,000-seater stadium, which requires just a few more panels to be placed, with the glass now fitted. The stadium was supposed to be completed by September 15th but the opening date of Spurs' new venue has been brought back twice following a succession of construction delays.

As a result, the north London outfit had been granted permission from the Premier League and the FA to play their home matches at Wembley Stadium until the end of the season while work on their stadium took place.

Officials are hoping its inaugural match will see the ​Lilywhites take on Manchester United on January 13th, but a statement will be made next week to decide if that will be the case.

Mauricio Pochettino's men have already visited the new ground and are eager to start playing there, although the Argentine also insisted that there must be 'patience' in order for the stadium to be a success. "We understand that it is a fantastic project for the future of the club that will be forever. To wait maybe one or two months more, we need to have patience."

Club chairman Daniel Levy had wanted the debut game to be next week's match with Burnley, however, the encounter and subsequent home ties against Bournemouth on Boxing Day and Wolves, three days later, will now be held at Wembley instead. 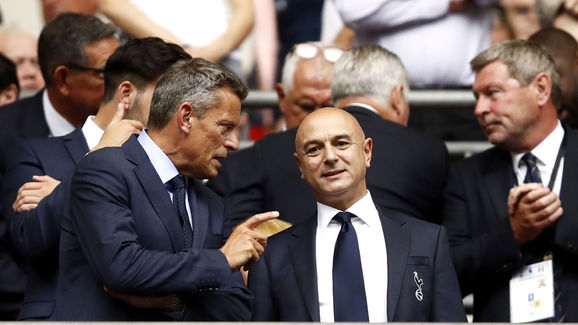 Prior to any games, however, the club must conduct a critical safety audit of the stadium, which they believe will take place within the next fortnight.