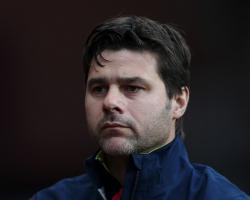 Tottenham Hotspur V Sheff Utd - view commentary, squad, and statistics of the game live.Naughton nears Swans moveKyle Naughton is set to miss Tottenham's Capital One Cup semi-final against boyhood club Sheffield United as a move to Swansea edges closer.The 26-year-old full-back came through the ranks at Bramall Lane, making 50 appearances for the Blades before moving to north London in 2009.Naughton arrived at White Hart Lane at the same time as Kyle Walker, although has struggled to make the same impact as the England right-back.He is now understood to be closing in on a move to Swansea, with a fee, reported to be B#5million, having been agreed with the south Wales club.Spurs head coach Mauricio Pochettino was coy about Naughton's future on Tuesday - "I can't tell you any news or any comment," he said - but suggested that his exit would be the exception rather than the rule.Paulinho, Aaron Lennon and Roberto Soldado are amongst those to be heavily linked with a move away, with the latter said to be interesting Bundesliga side Bayer Leverkusen.Soldado has struggled for goals and form since arriving for B#26million in the summer of 2013, although Pochettino insists he has no intention of selling the misfiring striker, nor anyone else."I am happy with him," he said

"I am the same as before

All players are in my plans and (there is not) any news."I expect all players to be here because we have ahead a lot of games."We are still in four competitions and I think that we need a strong squad to take on all games that we have in the future."Pushed to confirm Soldado was not for sale, Pochettino retorted: "Any player is (not) for sale

Any player."We want to keep all players because we need all players, a strong squad."No more comment about that because I repeat always the same: I am happy with the squad."The transfer talk somewhat distracted from what was supposed to be a press conference previewing Wednesday's clash against United.The third-tier Blades approach the match as underdogs, but should not be taken lightly given they have beaten five Premier League side since the start of 2014."We know that Sheffield is a very good team," Pochettino said."In this type of competition, the Capital One Cup, it is not important the level, whether you play in Premier League or League One."When it is decided over one or two games, it is important to be focused and we need to show respect for Sheffield United."When we watched their game against Southampton and against QPR, they deserved to go through to the next round."They played very well - they were the more aggressive and physical team

I think we need to be focused on our game and play with intensity, high level and high tempo."No excuse, we need to go onto the pitch to try and win the game

It is a very important game, it is a semi-final

We understand that this is an important game."Meanwhile, Sheffield United captain Michael Doyle accepts his side must lift their game to an even higher level if they are to pull off another upset in the two-legged semi-final.But the Irish midfielder insists if the tie is still alive after Wednesday night's first leg at White Hart Lane, Nigel Clough's cup specialists will have "a brilliant chance" in the return leg at Bramall Lane."There's a lot to play for and I'm sure Tottenham will be fired up," Doyle added

"They'll look at our previous results and performances in other cup games and I'm sure they'll take note of that."They won't underestimate us, especially as we've come so far and they'll be looking to finish it in the first leg, so we've got to be on our guard."I just hope we can keep the tie alive

If we can, coming back to Bramall Lane will give us a brilliant chance."Centre-half Chris Basham could go straight back into the starting line-up following his three-game ban, but midfielder James Wallace and Ben Davies (foot) are not expected to be involved and Ryan Flynn remains doubtful after missing Saturday's defeat at MK Dons due to an Achilles problem