​Tottenham players will share a £5m bonus between them if they can lead the side to Champions League glory this season.

The north London side knocked Manchester City out at the quarter-finals stage on Wednesday after an enthralling clash at the Etihad, and will face Ajax in the last four next month. According to the ​Daily Mail, Mauricio Pochettino's men currently stand to pocket around £2m in total for reaching the Champions League semi-finals, but that figure will rise significantly if they can make it all the way.

The report claims many of the side's senior players advocated for an improved bonus structure last summer in recognition of the squad's growing potential, and are pushing once more for greater financial reward.

Aside from earning European bonuses, players will also receive added money for their performances and finish in the ​Premier League, with ​Spurs currently finding themselves in third with just five games to go. 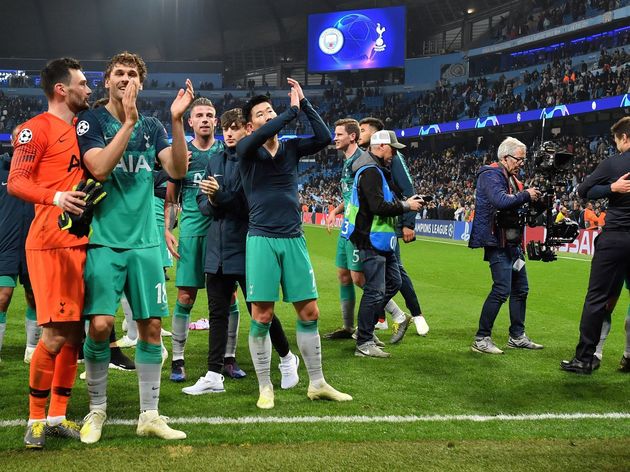 Many Premier League sides divide their club bonuses so that the squad's predominantly younger players stand to earn more, whilst it is understood that several of Spurs' higher-profile players earn more money based on well the team does both domestically and in Europe.

Following their dramatic triumph over ​City at the Etihad on Wednesday, Pochettino's side return to Premier League action on Saturday afternoon when they once again take on the Citizens.