My immediate reaction to watching Tottenham crumble out of the Carabao Cup on penalties to Colchester United on Tuesday night was to play the aforementioned song on repeat.

What's funny is that Exit Music is followed up on the album OK Computer by Let Down, which is a brilliantly upbeat song despite its obvious depressive streak (and name), and leads us perfectly into the institution that is Tottenham Hotspur Football Club.

It all feels a tad hopeless at the moment. There's an apathy leaking from Mauricio Pochettino whenever he speaks, key players aren't stepping up, and, perhaps most worryingly, there's no distinct style of play to associate Spurs with anymore.

And it's only September. 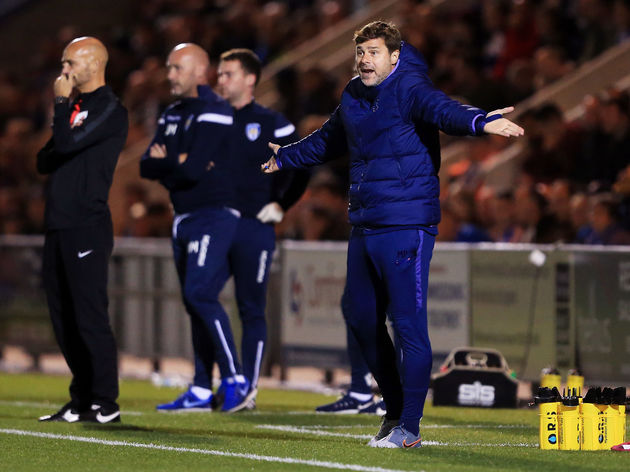 Failing to win the Carabao Cup is obviously not a massive disappointment. There can only be one winner, after all. But the process Tottenham have gone through since Pochettino took charge in 2014 was geared towards ditching the perception that Spurs were soft, timid, or another synonym for soft.

At Pochettino's peak, Tottenham were a side who went through a league season undefeated at home; a side other teams were frightened of due to the scary pressing and incredible attacking options at his disposal; a side who looked ready to make the transition from making up the numbers to being capable of doing great things.

Tottenham are not that side anymore, and what hurts more than simply exiting a cup competition is that there's currently no joy in watching Spurs play. The squad is not a poor one. Frankly, a side with this much quality should not be throwing away two-goal leads at Olympiacos or failing to score against a League Two team. 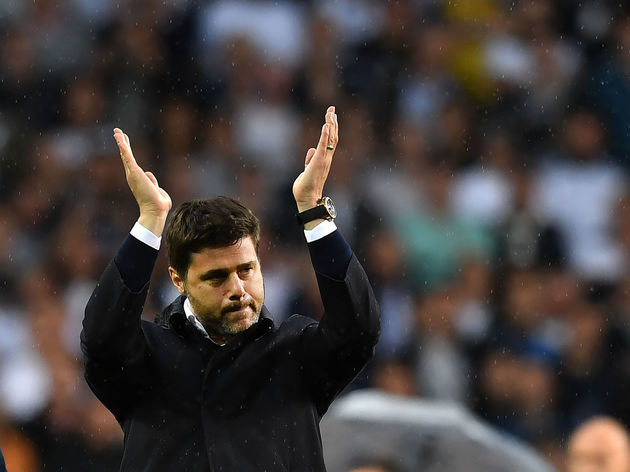 Yet, there are no surprises in watching Tottenham fail over and over again.

They've been downright disgraceful domestically in 2019, and, in theory, turning around Spurs' fortunes should be a challenge to galvanise Pochettino and make him rediscover the fire and desire that made him a hit in the first place.

But he just looks beaten.

Every idea he's tried has led to this point of utter, utter dejection and hopelessness, and it must be hard to know what to try next.

At least we now know where we stand as Tottenham fans. We can put any expectation at the door and expect the humiliation to roll on through when the team fails to deliver, which feels like every game this year....bar that one in Amsterdam...that was amazing craic.

What's particularly funny is that, on Monday night, Pochettino could have been named the best manager of the last year at the Best FIFA Football Awards ceremony in Milan.

On Tuesday evening, he experienced possible the biggest 'back to earth' moment of his career. It's funny how these things work out. 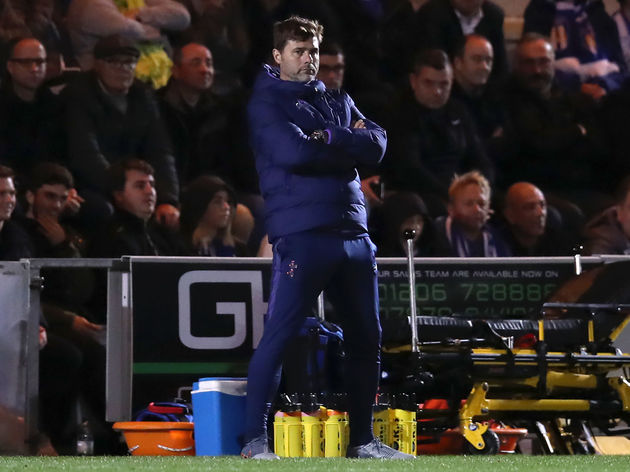 But, more worryingly, there is now a real sense that Pochettino may not be the right man to take Tottenham forward. That's definitely a brain over heart thought, because he'll forever be idolised by Spurs fans for what he has done for the club.

Unfortunately, there's never been much space for sentimentality in football.

Things need to change, and fast. He deserves the opportunity to turn it around, and I for one would back him unconditionally to do so, but the team needs to stop making fans choose between their manager and their players. It can be both, so make it so.

Last but not least, congratulations to Colchester and their fans. It was a staunchly resistant defensive performance and a deserved result. Just do us all a favour and make sure neither Manchester City or Liverpool win the thing.

It would just be boring for everyone.

Turn me on to phantoms

If they get the chance

And this is my chance