Tottenham vs Norwich Preview: How to Watch on TV, Live Stream, Kick Off Time & Team News

Tottenham will be out to claim all three points against Norwich on Wednesday night and end a run of four Premier League games without a win​.

Mourinho's men welcome the visit of the basement having stuttered of late and their latest disappointing display ended in a goalless stalemate away at Watford on Saturday. ​Spurs' pursuit of ​Chelsea in fourth has tailed off and the Lilywhites now find themselves eight points behind their London rivals in the table.

However, Mourinho will see this game against bottom of the league ​Norwich as the perfect chance to get his side's ​Champions League challenge back on track.

As for the visitors, Daniel Farke's men are staring relegation square in the face, although they did achieve a 1-0 home victory over ​Bournemouth in their last game.

Mourinho has a star-studded injury list with skipper Hugo Lloris and talismanic striker Harry Kane the most notable absentees. 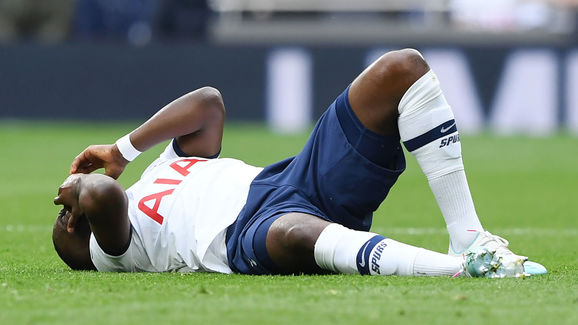 Club record signing Tanguy Ndombélé is also missing for Spurs as his injury struggles continue, much to Mourinho's growing frustration.

Fellow midfielder Moussa Sissoko is not expected back until April as he recovers from knee surgery, having suffered ligament damage in the 1-0 defeat to ​Southampton on New Year's Day.

And Welsh full-back Ben Davies remains sidelined with the ankle injury he picked up against ​West Ham in Mourinho's first game in charge.

Norwich will be forced into one change following their Bournemouth clash after defender Ben Godfrey received his marching orders for a heavy challenge on Callum Wilson.

The subsequent three-game ban means Farke will likely call on Grant Hanley to deputise, the Scottish international was on the bench against the Cherries. The spoils were shared when the sides met less than a month ago as Spurs were rescued by Harry Kane from the penalty spot in a 2-2 draw at Carrow Road. Mario Vrančić had put the Canaries 1-0 up before Christian Eriksen equalised with a sumptuous free kick early in the second half.

Spurs defender Serge Aurier then had a moment to forget as he put ​through his own net, but skipper Kane spared his blushes by smashing home a spot kick to level the scores late on.

But it could have been so different had Teemu Pukki's effort not been controversially ruled out by VAR for offside midway through the first period.

Spurs are without a win in four ​Premier League games as Mourinho's men continue to adapt to life without star striker Kane, who has been ruled out indefinitely with a hamstring injury.

Their tepid 0-0 draw with ​Watford in their last game was a startling demonstration of how Spurs are so dependant on their talisman Kane to provide the inspiration in front of goal. But, on the plus side, the game with the Hornets marked Spurs' first clean sheet in 10 games so every cloud, as they say.

Clearly, Mourinho who has been at the Spurs helm less than two months is still adjusting to the role and will need time to really stamp his mark on the team.

Norwich's crucial win over relegation rivals Bournemouth halted a slump of nine league games without a win, a run stretching back to their 2-0 win at ​Everton in November.

The Canaries are rock bottom of the standings and will hope their victory against the Cherries can kick-start their bid for top-flight survival. Farke's men are six points adrift of safety. They will need to string a run of results together if they are to get out of trouble and retain their Premier League status.

Here's how the two teams have fared in their last five outings in all competitions.

Spurs will no doubt be ready and raring to go as they eye a golden chance to end their four-game winless streak in the league. Mourinho's men may be struggling for a spark but they should have too much for a Norwich side who look all but down and out.

The Canaries may have won their last game but it appears more a flash in the pan than the start of a miraculous escape and they are likely to be tasting defeat here.

At home, Tottenham will look for a confidence-boosting win, laden with goals and should they score early, it could be a long night for Norwich.