​​Tottenham's Erik Lamela has spoken out about his manager Mauricio Pochettino, saying he is happy with life at the club and his opportunities to start.

​Lamela has been one of Spurs' most in-form players recently, and starred at the weekend as his side beat ​Crystal Palace 1-0, thanks to a goal from young Argentinian defender Juan Foyth. He told the ​Evening Standard: "I

Pochettino has spoken many times in the media of his delight over the Argentine's return to form, with the former Roma man netting eight times in 13 appearances. 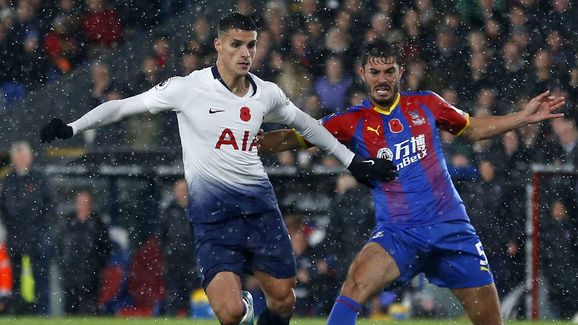 ​Tottenham's good run of form, with four wins in the last five games, has seen both Lamela and goalscorer Foyth named in the Argentina squad for the double-header against Mexico.

The 20-year-old defender was delighted with his goal, bouncing back after conceding two penalties on his debut the week before, against Wolves.

"Yeah, it's my first goal," Foyth said. "It's unbelievable, and I'm really, really happy. I

For those that are wondering, I am feeling good! Here with the goalscorer  big win away ! COYS

​​After the international break Spurs look to continue their good run of form against Chelsea at Wembley.