Who Is Japhet Tanganga? All You Need To Know About Tottenham's Exciting Young Prospect

​José Mourinho's time at Tottenham has been a bit of a mixed bag so far, but one player who has shone is 20-year-old Japhet Tanganga.

The academy graduate has featured six times in all competitions this since making his debut against Liverpool in January.

He has impressed so much that there are now reports floating around that he is ​close to signing a major new deal with the Lilywhites. The full-back has shown his versatility capable of playing anywhere across the backline and is an exciting prospect for the club.

With this new deal beckoning for the youngster, his name will be on the lips of Tottenham fans but what else is there to know about the young defender?

Let's start off with the basics, who is Japhet Tanganga? ​The six-foot defender was born on 31 March 1999 and has spent his whole footballing career in north London, joining the youth system when he was ten.

He's a London lad having been born in Hackney and spent his school years in the capital before joining the academy in 2009. 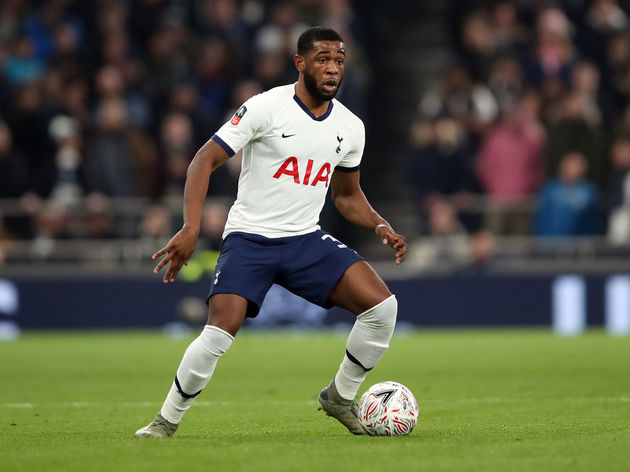 He made his debut in the EFL Cup against Colchester at the start of this season before breaking through into the ​Premier League side just after the New Year. Internationally, he is currently playing for England's Under-20s having already represented the Under-16s, Under-17s, Under-18s and Under-19s.

Tanganga has spent his whole career at Tottenham having first joined the academy at the age of just ten.

He became a key part of the Under-16s side in 2014/15 but progress very quickly through the youth system making his Under-18s debut at the age of 15 in November 2014. The following season he cemented a starting role in the Under-18s and received his first call up to the Under-21s. All before he turned the age of 18, Tanganga had made his debut in the Premier Under-21 International Cup, Premier League 2 and the FA Youth Cup. He continued to play for both the Under-21 and Under-23 sides and netted three goals in Spurs' run to the FA Youth Cup semi-finals.

Prior to being called up to the first team, he had put in some impressive displays as captain for the Under-23s during both the 2017/18 and 2018/19 seasons as well as playing at five levels of England youth football.

Who's He Got For Competition?

As already mentioned, the 20-year-old is a versatile defender having played everywhere across the backline during his youth career.

In his debut, he featured at right-back for Mourinho's side but now has seemingly established himself at left-back starting the games against ​Watford and Manchester City there. Left-back is a position that Spurs are lacking at the moment with ​Danny Rose out on loan and Ben Davies constantly injured. This means Ryan Sessegnon is arguably Tanganga's main competition, but the former Fulham man has shown his ability further forward as a left-winger.

What Are His First Team Prospects?

Well, in short, they are very good. He has already shown that he can keep pace with some of the Premier League's best wingers by keeping a clean sheet during Tottenham's 2-0 win over ​Manchester City.

With Rose now outcasted under the Mourinho regime and Welshman Davies more used to the treatment room than the pitch, there is no reason why Tanganga can't become the starting left back in the second half of the season. Given his versatility, too, and Spurs' ageing centre-backs, there is certainly scope to say that he could be the future at the heart of defence. Nevertheless, it seems that with the new contract just around the corner, Tanganga will become an ever more prominent figure at the Tottenham Hotspur Stadium.