Why Jose Mourinho Has to Build Tottenham's Defence Around Davinson Sanchez

Cast your mind back to the end of 2016 - Donald Trump had just been elected President of the USA, the UK had decided to leave the EU in the summer and, most importantly, Spurs' defence were on their way to securing the best defensive record in the Premier League.

The 2016/17 season was a magical one for Spurs fans, and the performances of their two Belgian's in the heart of defence was a major factor in their success. Both Toby Alderweireld and Jan Vertonghen were widely regarded as two of the best centre-backs in Europe and rightly so - they even made Kevin Wimmer look like a competent centre-half.

But as we enter the 2020s, the north Londoners are in somewhat of a defensive crisis, conceding 30 goals in just 21 games this season, already four more than they allowed in the whole of their stout 2016/17 campaign. Despite both Alderweireld and Vertonghen still being at the club - the former even signing a new contract recently - it's clear that Jose Mourinho has to build his backline around a player who wasn't even around during the club's defensive heyday - Davinson Sanchez.

Signed by Mauricio Pochettino in the summer of 2017 for a then-club record £42m fee, Sanchez was seen as one of the hottest centre-back prospects out there after he helped Ajax to the Europa League final that year, losing out to Mourinho's Manchester United.

Nevertheless, the arrival of a 21-year-old Sanchez was seen as a huge one in the short and long-term, coming in to build on the team with the best defensive record in the league.

Instead of the blame being attributed to Sanchez's arrival, the demise of the two Belgian's is certainly the major contributor, particularly this season. As for Vertonghen, his decline is more obvious than his compatriot. Often deployed as a left-back under Mourinho, the 32-year-old just doesn't have the legs to compete at a Premier League

If Mourinho wants to improve Spurs' defence record in the second half of the campaign,

Sanchez has to be a regular fixture at centre-half - something that hasn't been the case during Spurs' current three-game winless run.

After struggling for game time last season and being deployed as a right-back at the start of the current campaign under Pochettino, Sanchez failed to build on what was a mightily impressive debut season in the Premier League.

However, under Mourinho, we've seen the Colombian somewhat return to the heights he achieved in his maiden campaign at the club, arguably being Spurs' most consistent performer since 'the special one' arrived. While he's far from the finished article,

Despite his obvious talent, the defender is often the target of some hugely undeserved criticism from his own fanbase. While he can be sloppy in possession - boasting 85.7% pass completion in the Premier League this season, sub-par for a centre-back - and he is liable to the odd mistake, does it not warrant the hyperbolic slander that he's often subject to? Certainly not. 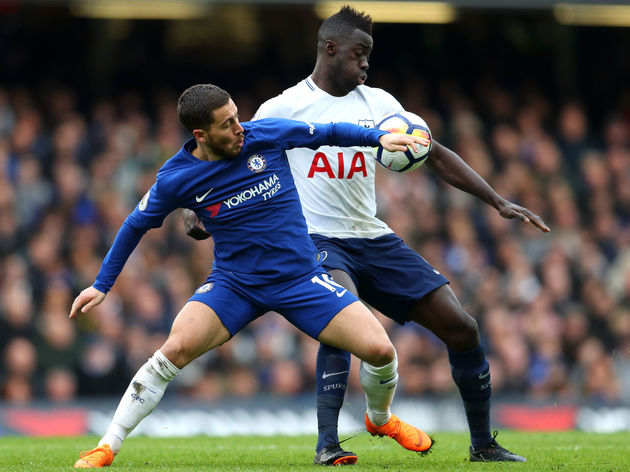 He's just 23 and Spurs fans can't forget some of the displays we've seen this man put in since his arrival: at Arsenal in 2017, in both games against Real Madrid in the Champions League

The former Ajax man has also performed exceptionally well on the international stage, where he partners Everton

Described by Pochettino as 'clever... humble, and very open to learning,' Sanchez has to be the man Mourinho builds his currently struggling Spurs defence around. Pair him alongside a defender comfortable at progressing the ball upfield without having to rely on long balls in behind the opposition's defence - Dayot Upamecano, Kalidou Koulibaly and Ben White all seem like gettable options - and you now have a perfectly complemented centre-back pairing for the foreseeable future. In time, you can expect Mourinho to solve the club's defensive woes, but the Portuguese coach has to ensure that Sanchez fulfils his world class talent in north London, not elsewhere.