"Can you buy Tottenham's best players? No, because they don't sell," Mourinho stated at a press conference last week.

"They are so powerful that they can say no. Can we go there now and bring Harry Kane? Dele Alli, [Christian] Eriksen, Son [Heung-min] here? No. So who is more powerful now? Them or us?" Despite his team conceding just 28 times in 38 Premier League games last season, Mourinho identified a weakness in United's back line and was seemingly desperate to add at least one high profile centre-back to his squad during the summer.

But with the Old Trafford hierarchy said to be more interested in targeting younger and cheaper defenders to develop into stars, and therefore ​reportedly refusing to pay enormous fees for the likes of Harry Maguire or Toby Alderweireld, Mourinho was left empty handed.

United have since paid the price for not strengthening their back line over the summer, and the need for defensive reinforcement has been more clear than ever after leaking 23 goals in only 14 league games.

It is perhaps fair that executive vice-chairman Ed Woodward objected to throwing money at a deal for Maguire, a player whose price was tremendously inflated as a result of post-World Cup hype, although it must also be said price tags haven't put Manchester City off completing huge deals for Kyle Walker, Benjamin Mendy and Aymeric Laporte in the last 18 months alone. 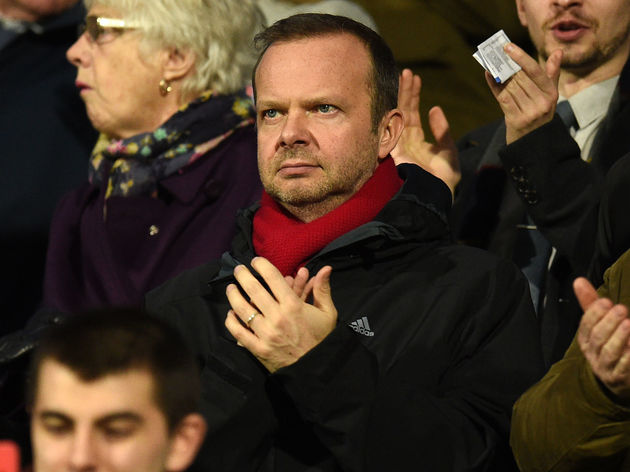 Instead, United have been heavily linked with younger emerging talents like Serie A pair Nikola Milenkovic and Joachim Andersen in recent weeks, while 20-year-old Porto centre-back Eder Militao also joined that growing list towards the end of November.

Signing one or several would be fine. But given that Mourinho seems unwilling to trust Eric Bailly, that Phil Jones has missed nearly as many games through injury as he has actually played since August 2016, and that Chris Smalling - while a generally dependable Premier League defender, is far from world class - United are still crying out for an established defensive leader.

It seems clear that has to be Alderweireld.

The Belgian has been among the very best centre-backs in the Premier League for a number of years, excelling first for Southampton and then Tottenham. He spent much of last season sidelined through injury but has since returned to full fitness to start virtually every game so far in 2018/19. That Spurs conceded four goals in his sudden absence against Arsenal last weekend is telling.

But while Mourinho has admitted that the likes of Kane, Alli, Eriksen, Son and others would be off limits in the transfer market, Alderweireld's apparent contract situation means that he does not fall under the same 'impossible' bracket as many of his Tottenham teammates.

Jose Mourino has insisted Man Utd’s days of buying players from Tottenham Hotspur are now over.

Mourinho believes Spurs are now no longer a selling club and would have no chance signing the likes of Dele Alli, Alderweireld, Eriksen, Son or even Kane for that matter.#THFC #COYS pic.twitter.com/TEenfipGHM

Alderweireld is currently only contracted to Spurs until the end of the season - June 2019. The price that notorious negotiator Daniel Levy can demand is limited as a result because, as things stand, the player could walk away as a free agent in summer, meaning Tottenham get nothing.

There is widely believed to be a clause in his current deal that will extend it by another year until 2020. Normally, that would at least preserve his transfer value in the short-term, but it is has long been reported that the same 12-month extension will bring with it a £25m release clause. It has been reported several times over the last 18 months that Alderweireld has rejected offers of a new contract. It suggests he is ready to move on and embrace a new challenge.

Assuming that stays the same and there isn't a sudden breakthrough, if Spurs don't sell the player in January they will lose him for free in summer or the capped £25m in if they trigger the extension. That impending £25m ceiling also severely limits the fee it is possible to demand in January as well. What it should mean for United, or indeed any other suitor eyeing a top defender, is a cut price deal for an experienced and proven player. Liverpool spent a world record £75m on signing Virgil van Dijk 11 months ago and prices for elite defenders are only increasing. But here is an equally esteemed player, only two-and-a-half years older than Van Dijk, available for a third of the price.

United would surely be mad not to sign Alderweireld as soon as they can.