Son Heung-min played his final game before leaving for the Asian Cup on Sunday as Tottenham suffered a 1-0 defeat to Manchester United at Wembley.

Despite dominating the second half, Spurs' attacking options were not enough to get beyond a phenomenal David de Gea in the United goal.

"It is worrying because we are going to lose Son to the Asian Cup, and if Harry Kane suffers some issue it is going to be a massive problem." 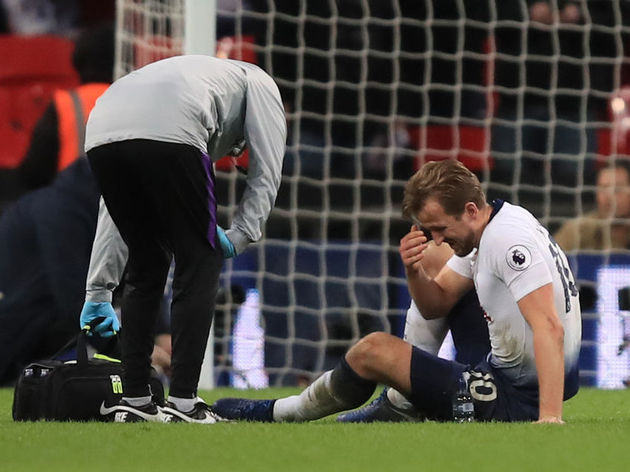 With his two main goalscoring threats unavailable for the foreseeable future, Pochettino may be inclined to revert back to the 3-4-2-1 which has brought the team so much joy.

While Spurs have almost exclusively used a back four in 2018/19, the best football they've played in recent memory was in a famous 3-1 victory against Real Madrid at Wembley Stadium in the Champions League last year.

Given the personnel available to the Argentine, Pochettino should be looking to tinker with his system in order to get the best out of the players currently fit. Both ​Kieran Trippier and ​Ben Davies are renowned for getting forward and providing quality service in and around the box, and the 3-4-2-1 gives the​m both the license to attack freely and stretch defenses. The obvious upside to this formation is that when Spurs' full backs do press forward, it leaves areas for the likes of Lucas to exploit between opposition defenders that wouldn't normally be there, something which will be hugely important without a presence like Harry Kane in the opposition box.

With Kane and Son missing, it would seem as though Fernando Llorente may get a chance in the first team. But after Llorente's disappointing showing against United on Sunday, miscuing a one on one from ten yards out straight into the arms of ​David de Gea, the best way for Spurs to pose a threat in front of goal would be playing Dele Alli in a false nine position.

Not only is Alli a bonafide goal threat, averaging a goal every three games in the Premier League for the north London side, but he has the technical ability to provide chances for those around him. This is where chairman Daniel Levy's decision not to make any summer signings may hurt Tottenham's chances of success. The Tottenham squad is one of the best in England when everybody is available, but the lack of availability up front - and decision to let ​Moussa Dembele leave for ​China - has left the squad looking thin on the ground.

Still, the midfield is arguably one of the deepest position groups available to

Another position where Tottenham have plenty of options is at full back, as ​Serge Aurier and ​Danny Rose both provide consistently strong performances. By nature, playing three at the back is more physically demanding for the wing backs and midfielders, and so transforming tactics to get the deepest position groups doing most of the leg work will allow Spurs to continue to play with high intensity each game during a busy time of year. Fortunately for Spurs, besides a tricky second leg of the League Cup semi final second leg at Stamford Bridge, they should be able to navigate their way through January with relative ease. A trip to Craven Cottage to face bottom side Fulham and home games versus Watford and struggling Newcastle are their only Premier League games during Son's scheduled absence.

It may not be revolutionary, considering so many teams have experimented with this formation since Antonio Conte introduced it to the ​Premier League - Pochettino included - but a switch in system may be just want Tottenham need to breathe fresh life into their silverware aspirations for the remainder of the season.